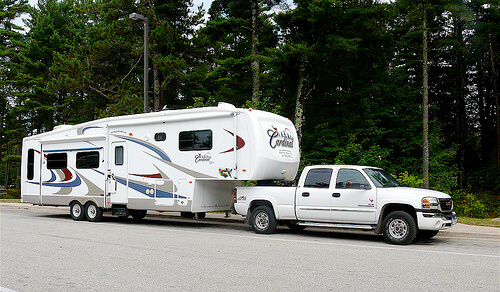 a 5th wheel trailer is a specialized task, and you’re probably aware that you need a special hitch to do it successfully. There’s a ton of them available since moving stuff around is big business. The sheer number of them around can be paralyzing, but we’re here to help you out.

The first thing you need to know is how much your fifth wheel weighs fully loaded. That’d be with all of your gear and furniture in it, since a hitch that won’t support the weight you’re planning on bringing with you is beyond useless, it’s dangerous. So go figure it out, we’ll wait.

Once you know that, we’re going to show you 4 of the best fifth wheel hitches around and, after these reviews, give you the information you need to make the right choice. 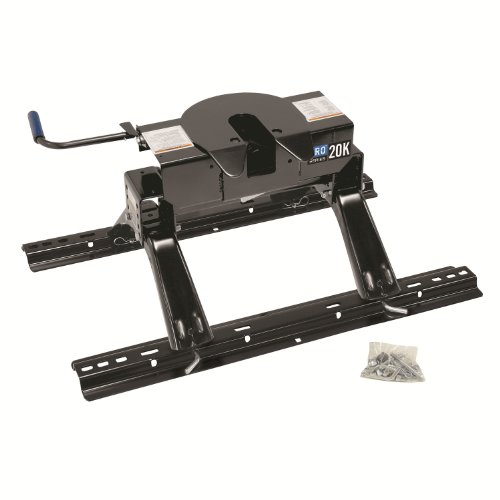 You’re looking at a fantastic fifth wheel trailer hitch in the Reese Pro Series 20K. Like its name says, you can handle up to 20,000 pounds with this one. For a product of this type it’s also quite light, and the single foot is molded to provide an amazing amount of stability. With an adjustable height from 13”-17”, you should be able to use it in most locations as well when it comes time to take your fifth wheel out.

The only problem with this one is that it can be a bit hard to install and it’ll require you to cut a couple of holes in the bed of your truck. But it provides some of the best value for the money you’re likely to find anywhere and that’s good enough for most. 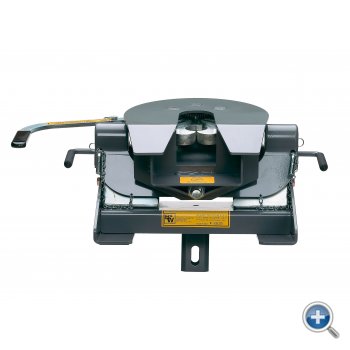 This one comes with a 22,000 pound weight capacity and it’s specifically made for flatbeds so a lot of truck owners will be out of luck. If you happen to have the right truck, however, the only difficult part about using this hitch is going to be the installation. Once it’s in, you’ll find that it’s a remarkably easy to use device (see full specs) and you’ll be able to take your fifth wheel wherever you may care to take it.

You’ll have to have a specialized truck in order to use this one, but if you’ve got it then you’re looking at one of the best fifth wheel hitches on the market. 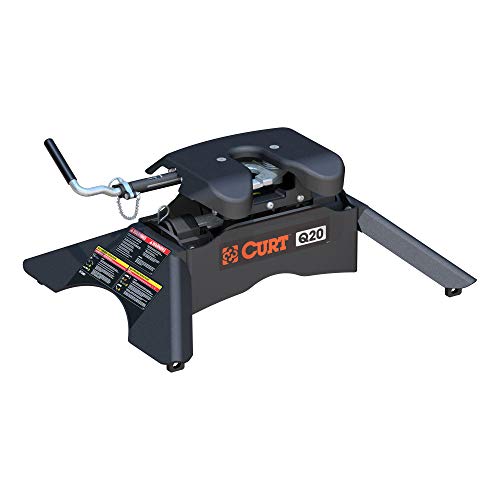 This 5th wheel trailer hitch from Curt can carry an impressive 20,000 pounds, and it’ll fit in the back of nearly any truck. The main problem that you’re going to run into here is the power needed to haul that much weight. It’s hard to believe that it comes in at such a low price, and you’re sure to be able to haul nearly anywhere with it.

This is a no-nonsense hitch at a rock bottom price for something of its type. If you’re planning on hauling but don’t have a huge budget, pick this one up and you’ll be in good hands. 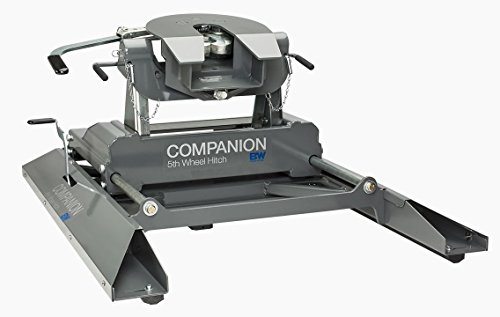 If you liked the earlier B&W offering but you’re not in possession of a flatbed truck, well, you’re in luck because the company makes something to suit pretty much anyone’s needs. This is a universal mount for the center of your truck bed that’s sure to please, and you can haul up to 20,000 pounds with it.

If you meet the weight requirements, this slider (see full specs) will allow you to maneuver even in tight quarters without a worry. It comes at a steep cost, but it’s a purchase you’ll never regret. If you want the very best 5th wheel hitch, this just might be it.

B&W Trailer Hitches- "What You Tow"

Keep one thing in mind before you decide to dedicate your truck to hauling a fifth wheel: you’re going to semi-permanently reduce the utility of your bed. These are mounted in the center, and intended to stay mounted, and unless you make plugs for the holes you’re still going to have some trouble using your bed for some purposes if you do remove it.

If you’re willing to go ahead though, then read on and we’ll tell you what to look for:

Weight capacity is the most important thing. Too much weight and you’ll break the hitch and that can be very dangerous if you’re already on the road. Make sure you know how much your fifth wheel weighs when loaded before you decide to invest in a specific model. Most will weigh under 20,000 pounds, but some truly massive ones can reach some pretty shocking poundage.

The mounting style is also something that you’ll want to keep in mind. Most will bolt into the top of the bed, which will necessitate you putting a few holes in it. Some will mount under, but these are much less common.

Some fifth wheel trailer hitches can be bought with custom brackets for your model of truck, but most are universal. Either way works just fine, there’s a more important consideration if you’re working with a shorter bed however.

Sliders are made for short bed trucks and allow you to position the king pin wherever you think it suits you best. If you’re not using an oversized truck then you should definitely consider putting the money up for one.

Crossbed hitches are static on the other hand, which can cause the trailer to collide with the rear of the bed in some short bed trucks. They also tend to be less expensive at the end of the day, since there’s less moving parts.

Take a look at the four above, which we consider the best fifth wheel hitches for the money. One of them is sure to suit you just right and make hauling your fifth wheel a whole lot easier. It’s one thing to have a nice fifth wheel camper, but it opens a whole new world once you get a hitch so you can set it down wherever you want and have a truly mobile home. Good luck!