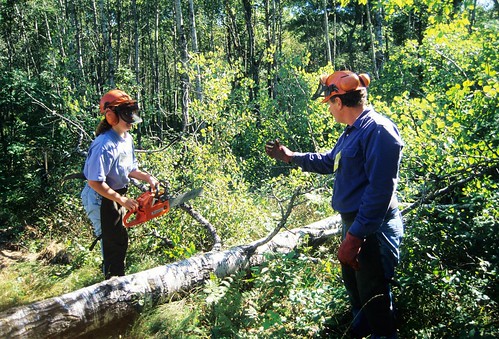 Photo by Wisconsin Department of Natural Resources / CC BY

a woman and looking to get some cutting done, don’t count out chainsaws. There’s plenty of them that are able to be handled by nearly anyone, with or without prior experience, and they can make short work of long and grueling tasks.

For our selections, we focused on smaller and lighter chainsaws that are easier to handle. They’re not just for women either; they can be used by anyone who’s worried that using a chainsaw with a longer bar and heavier frame will be a bit difficult.

Without further ado, let’s take a look at the 4 best chainsaws for women on the market and then we’ll help you figure out which one is best suited for the tasks you have in mind. 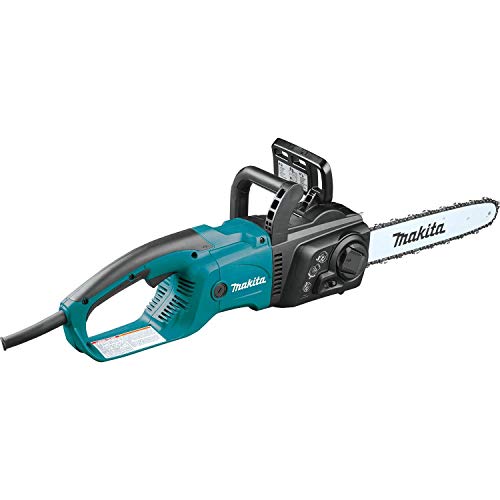 If you’re going to be working in a smaller backyard or just happen to own an extra long extension cord, then the Makita UC3551A (see full specs) is pretty much ideal. It’s corded, so you don’t have to worry about running the batteries out; it’s light; and the smaller 14” bar is still long enough to handle most stuff around the house including cutting smaller logs.

If your intended use is to make short work of some heavier pruning or breaking down firewood, then this saw will suit you admirably. 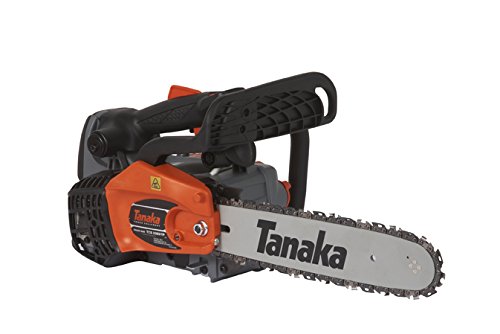 This chainsaw is ideal for those who are actually looking to get into the woods. It may be gas powered, but unlike a lot of its bigger cousins, this one only weighs a bit over twelve pounds. It delivers a ton of torque and the top handle ensures that you can maintain precise control over the blade while it’s in motion.

Pick this one if your intended use is some lumberjacking. This won’t let you down and it’s easy enough for anyone to pick up and use. This is a strong contender for the best chainsaw for women. 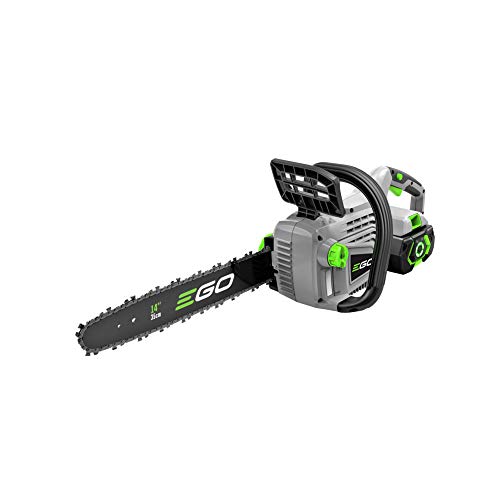 Got a big pruning job away from any outlets? Try out this saw from EGO and you’ll be surprised at just how well it performs. It’s not going to match the power of a gas or corded saw for the most part, but this one comes with a lot of power in a little package and the advantages offered by a high-tech lithium battery are readily apparent.

Use this saw (see full specs) if you’re planning on doing lighter work over an extended area. It’s not going to do miracles on heavy work, but it can turn pruning a large yard into an afternoon of fun.

For heavier work, something a little bit bigger is appropriate and a corded chainsaw is the best way to get a longer bar without any of the hassle of added weight. This saw from GreenWorks runs on an impressive 12-amps which is definitely enough to handle pretty much any task the bar is suited for. Use it for chopping firewood or logs and you’re going to be set.

For heavy duty work, without the hassle of a super heavy saw, the GreenWorks 20232 is pretty much an ideal chainsaw.

Choosing the Best Chainsaws for Women

When you’re looking to pick up a chainsaw, the first thing you need to do is figure out what you’re using it for. Most of us will be using them for either pruning or chopping firewood at the end of the day, but where you’re doing it actually makes a bigger difference than you’d think.

There are three basic types of chainsaw currently available:

Gas powered chainsaws are the classic. They tend to provide the best power-to-cost ratio but they’re heavier, noisier, and more finicky in operation than their electrical counterparts. They function using an internal combustion engine with all of the noise and problems that come along with it.

They’re best if you’re going to be a ways out and don’t have easy access to electricity. They’ll get the job done though. It’s exceedingly rare that an electric in the same size can compete with a gas powered saw and the electric one is going to break the bank.

Corded chainsaws are ideal for working close to the house. If you’re chopping wood for the fireplace in the side yard or taking down tree limbs in a fairly limited amount of space around the house then you’re in good hands.

They’re really the best for most homeowners, offering lighter weight and almost comparable power to the heavier gas powered chainsaws. They tend to have a good amount of torque and the lighter weight makes them ideal for women.

But, on the downside, they can also be a pain to maneuver at times, since you’ll have to keep track of the cord.

Battery operated chainsaws are relatively new to the market, but with the advent of Li-ion batteries they’re making a good stand for themselves. You’ll find that they can quickly and easily take care of most around the home tasks but they’re not as powerful as the other types of saw.

If you have a large yard, or one with a lot of trees, you can already see the advantage over a corded chainsaw. They do tend to be a little bit heavier and less powerful, however. For the most part, you’ll still want to be working around the house with one as well, since having the battery die while you’re out chopping wood to throw on an ATV is going to be an aggravating experience.

The chainsaws we’ve displayed here were specifically picked out for a couple of qualities: size and weight. The smaller size of the bar gives these tools a remarkable amount of agility and the lower weight means that pretty much anyone could use one all day.

You’re sure to enjoy the experience if you do decide to pick up one of these saws, they can make pruning and chopping wood an easy task completed in a few minutes as opposed to grueling work which can take hours. Add one of these so-called best chainsaws for women to your garden shed and you won’t be disappointed. Good luck!