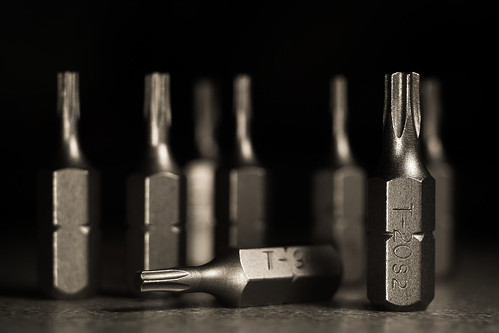 Photo by oldTor / CC BY

are pretty common. You’ve undoubtedly seen them referred to as star screws as well. They’re a pretty useful and specific design. The design itself was made to prevent the driver from “camming out” or causing the driver to come off when too much torque is achieved.

The drivers used to be rather hard to get and Torx screws were used pretty much as tamper-proof devices for some electronics and other applications that laymen shouldn’t mess with. However, they’re becoming common as the prevention of camming out makes them ideally suited for computerized assembly which stops when the required torque is achieved on a screw.

This makes it vital for the home handyman to have a set, so let’s take a look at 4 of the best torx sets you can find and help you decide on what you’re looking for. 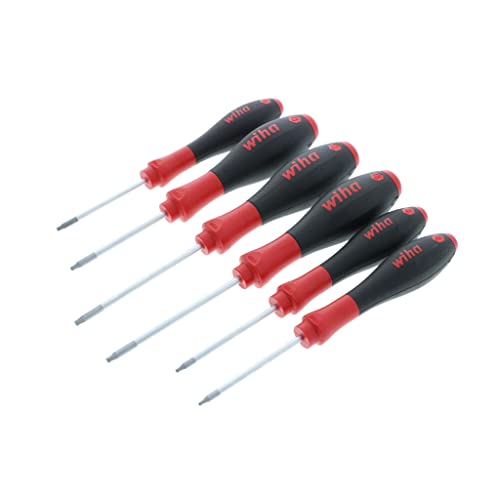 Wiha produces a great set of drivers that work with Torx screws in most of the common size ranges. The screwdriver types are great for working on electronics where you should have the room to maneuver a little bit and these are top of the line drivers with comfortable grips. As long as the sizes are suited to what you’re doing, you really can’t go wrong with the purchase of this set (see full specs). 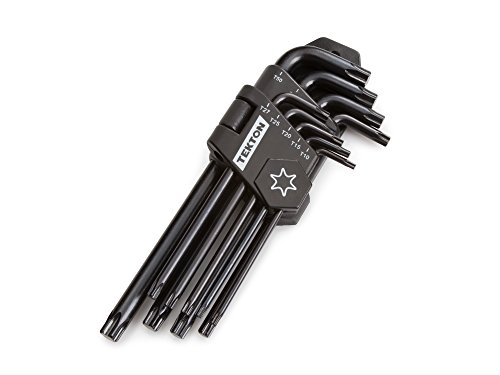 Key style drivers are great for those with limited space. This set is made of high-quality materials and should easily fit in your pocket or a small pouch. The hinged case makes the wrenches even easier to access than keys normally are, and the whole set should be welcome to anyone who works with electronics on a regular basis. 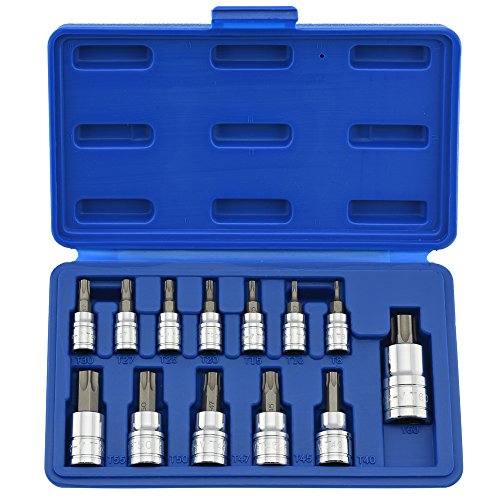 Torx socket sets are useful for a wholly different array of applications than the usual drivers and keys. These sockets (see full specs) are made of high-quality steel and should allow you to work on automotive or other heavier applications that might require the additional torque a ratchet can provide. Hands down, these are among the best Torx sets period. 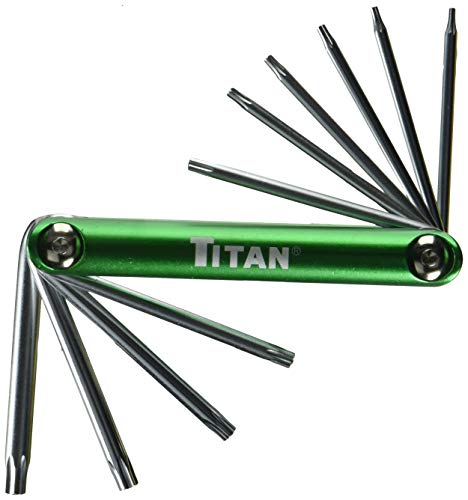 If you’re working on electronics or other items which might use tamper-proof Torx screws, then you’ll only be frustrated if you purchase a standard set. This folding key holds most of the common sizes of Torx you might run into, and it’s usable on standard screws as well as the tamper-proof ones.

A Word About Torx Screws

Since their introduction, Torx screws have changed quite a bit in application. Originally they were made to prevent tools losing the bit after a certain amount of torque was applied.

It’s also easier to apply torque to them than standard hex screws, since the angle which you input force at is pretty close to ninety degrees. This is surprising to a lot of people, who might view the star-like extensions as “weak.”

This made them quite popular in a lot of fields, but the drivers were a bit hard to get a hold of so they also became a common “security” measure to prevent laymen from getting into things they had no real business messing around with.

Lately, they’re being used commonly in a wide variety of applications. They’ve even made it into the automotive business in some instances, which requires a whole different set of tools even though the screw’s head is pretty much the same thing.

There are still “tamper proof” heads available, which will require a specialized set of keys or drivers due to a protruding rod in the middle. Thankfully these “tamper-proof” drivers are also usable with regular screws.

We included a wide variety of sets to accommodate nearly anyone’s needs. The truth is that the type of set you’re using will be the primary factor behind what you can do with it. Here’s a quick breakdown of the different types:

Screwdriver sets are ideal for a lot of applications, but they require a bit more room to maneuver than you might have for your project. For taking apart the external casing of electronics, for example, they’re absolutely fantastic but if you’re working inside a computer they might prove a bit unwieldy.

Key sets come in two varieties: loose keys and those bound in a handle. Loose keys are preferable in almost any circumstance, they’ll be smaller and easier to work with in tight spaces as well as allowing you to apply more force without having to worry about busting the handle or damaging what you’re working on. This can be especially important for removing plastic parts which can be quite brittle.

The ones bound in a handle, on the other hand, are simply hard to lose. Anyone who’s owned a set of Allen wrenches over the years knows that sooner or later some of them go missing no matter how careful you are. It’s debatable where it’s a supernatural phenomenon or not, but it does happen.

When they’re all bound in one tool it’s quite hard to lose them, but the convenience of having them all in one spot comes at the cost of some of the tool’s durability.

Any kind of “key” needs to be made of high-quality material. It’s harder to apply downforce with them and a super cheap set can be had but you’re going to be frustrated when you strip the tools out so badly as to be unusable within one or two uses on a tough screw.

If you’re working with machinery or cars then a socket set is the way to go. These applications will almost always be much tighter than electronics and other relatively light applications. A ratchet will allow you to apply the amount of force you need to break them loose and drive them down enough to be safe in their final application.

Here your primary concern will be the material. Most modern sockets, even the cheap ones, will hold up to a surprising amount of torque but it’s always better to be safe than sorry in this instance. A stripped socket is useless and if it’s a commonly used set you might be buying a whole new set to replace it.

Torx screws are getting used more and more, and it’s a shame to not have a set in your tool bag. They’re quite useful to have around, especially if you like to tinker. The best Torx sets will last for a long time, and you’ll never have to scratch your head or try to slot a flathead into a Torx screw again.