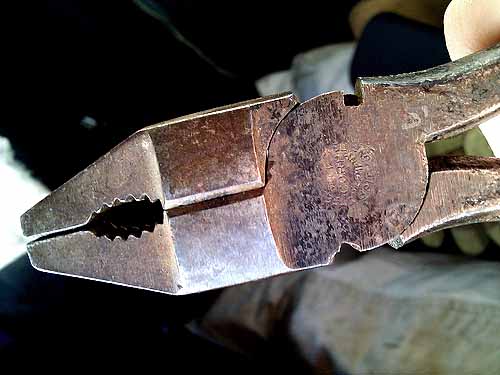 Photo by Ferrous Büller / CC BY

We will help you by taking a look at 4 of the best lineman pliers on the market, and then we’ll go into details what you should look for after our reviews.

Lineman pliers come in all different shapes and sizes but that does not mean you can’t find a pair that works good at a reasonable price. These excellent and affordable lineman pliers from Stanley will do a great job for anyone that owns a pair.

What these things do for the price really amazed me. They seem to be a little longer than some linesman pliers I have used in the past and I think that is a big plus. They also are very good when it comes to cutting wire too. It does not matter what size wire you cut with them either because they make short work of both the thicker and thinner wires that will fit in its jaws.

They are also very comfortable to hold when used and are machined in a way that makes them pinch together very tightly. I was actually pleasantly surprised how well they held even very thin sized wire. These pliers from Stanley were definitely a nice surprise. 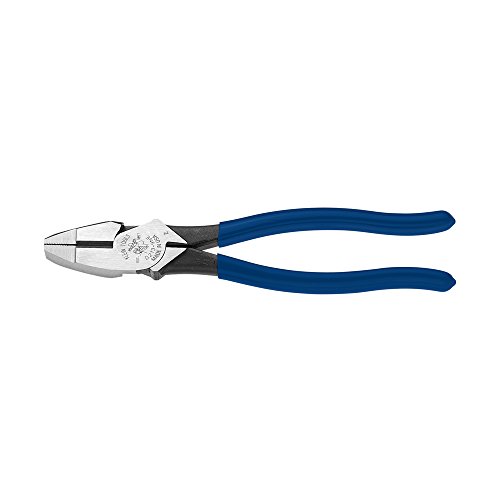 This pair could get a bit pricey, but if you like very high quality tools, then these are the best lineman pliers for you. Klein does not even call it linesmen pliers specifically because it is like a regular pair of linesmen pliers on steroids.

The most amazing thing about this set of lineman pliers (see full specs) is the leverage you get when cutting with them. Cutting even thicker size wire takes very little effort when squeezing the handle. The jaws on the pliers really grip wire tightly too when you are just trying to hold or pull with these. You can tell they are a precision-made product because of how smooth the jaws and cutting edge open and close when using them.

Even the handle looks and feels like it is extremely well designed. There is no movement in the handle grips when using them and the pliers are extremely comfortable when using them. When you factor in the limited lifetime warranty you really can’t go wrong purchasing these. 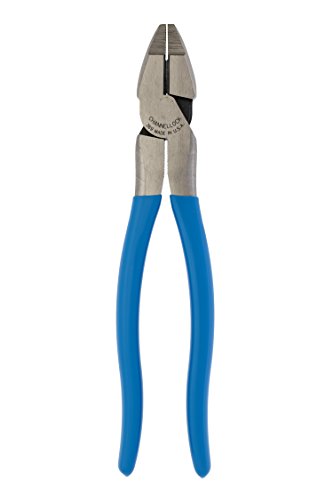 When it comes to any type of pliers it is hard to find a better name than Channellock and this fine set of lineman pliers does not do anything to hurt that reputation. They are solidly built and well-designed all the way around. These would be an excellent addition to the toolbox of anyone that does electrical work.

They cut through electrical wire like a hot knife through butter. It appears that Channellock (see full specs) has moved the pivot point on these pliers to significantly reduce the amount of pressure it takes to cut wire. The pliers do all the work so you don’t have to. They also do a great job when you need to grab and hold the wire too. The teeth hold onto the wire with a minimum of effort.

It is a fine American-made product and you can tell how well these are built. They are a little heavier than most linesman pliers in their class because of the quality of the material that goes into making them. As always, Channellock also offers a nice warranty on their tools. 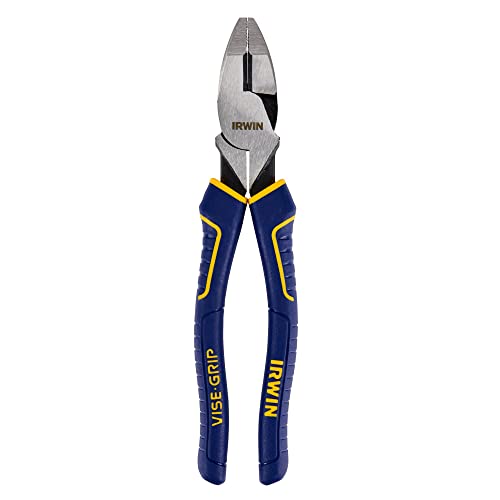 Like the name implies these pliers do a great job of grabbing onto electrical wire when it’s needed. The teeth will firmly hold any wire in place yet are designed not to rip through the protective covering of the wire. It is really nice to do your pulling or grabbing when doing electrical work with a minimum of effort.

Irwin is also known for making pliers with grips that are very comfortable when using and stay in place. There is nothing worse than having to continuously straighten out grips when using your lineman pliers. These pliers also look good in Irwin’s signature blue and yellow colors.

The way these pliers are constructed with superior nickel chromium steel gives you confidence when using them. Even when working under potentially moist conditions, they are extremely rust-resistant. It is also a nice surprise that this affordable pair of pliers comes with a lifetime warranty. These are likely the best lineman pliers for the money.

What to Look for When Buying the Best Linesman Pliers

There are a few things that you really need in any set of lineman pliers that you will buy. These qualities are:

So make sure you look for these things when purchasing your linesman pliers. You certainly don’t want to get stuck using a set of pliers that take a lot of effort to cut with and will only last you a short time.

Lineman pliers are definitely great to have when doing electrical work for a living or around your home. But you have to be careful when purchasing them. There are so many to choose from in the marketplace and price is not always indicative of quality. Remember also, you can never go wrong with purchasing any of the sets of lineman pliers that we have reviewed here. Don’t just take our word for it; read the reviews of the products and you’ll see, they’re what you’re looking for in the best lineman pliers. Good luck!