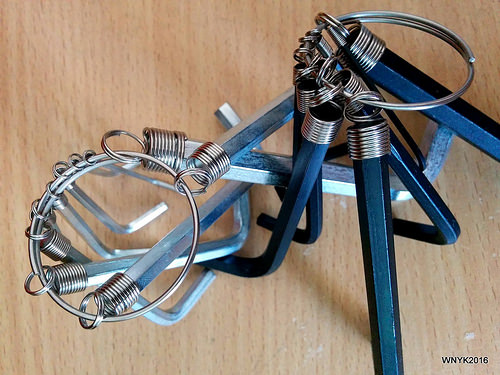 Photo by williamnyk / CC BY

allen wrench is one of the handiest and most useful tools that you can find in a garage. The pentalobe allen wrench is especially valuable since it’s so closely associated with security. This is because five-sided allen wrenches are far less popular than other variations, making them ideal for tamper-proofing everything from machinery to computer hard drives.

However, as a result, five-point wrenches are exceptionally rare, and very few manufacturers produce them. That makes it a challenge to find multiple wrenches for comparison, though you can find certain five-sided screwdriver bits that will perform the same job.

On this page, we’ll discuss four of the best-reviewed and most-liked five-sided allen wrenches around. We’ll take a deep dive into what makes each of them unique, why they’re so useful, and what jobs they’re designed to perform.

These are our recommendations for the 4 best five-sided allen wrenches on the market: 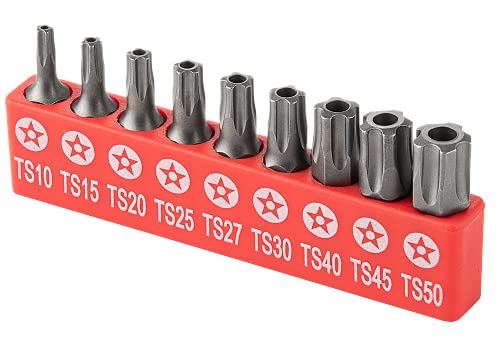 The Ram-Pro 9 piece Torx security tamper bit kit is the simplest and most cost-effective way to get a five-sided drill bit into your toolbox.

These bits aren’t specifically allen wrenches, but they perform they’re made the same and perform the same function. These bits all have the unique five-sided shape on the heads, and they’re also hollow inside so that you can use a better variety of security-compliant screws for hard drives, bicycles, and other equipment.

Each bit is made out of S2 steel, giving them exceptional durability. The sizing of these bits also makes them ideal for working on foreign cars, specifically Japanese or German models that use five-point screws for securing various components of their automobiles.

With all of this in one affordable kit, you know you’re getting an outstanding deal with Ram-Pro, making these among the best 5-sided allen keys around. 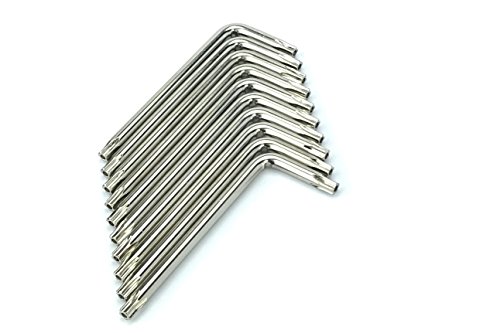 The Silverhill Tools ALKTS27BULK contractor set of security wrenches is a collection of 10 different allen wrenches, all of which come with the security-conscious five-point design on the heads.

These L keys are designed for heavy duty, professional use. That means they’re some of the most durable five-sided allen wrenches on the market, especially when it comes to security and tamper-proofing tools.

Each L key is made of CRV6150 steel for long-lasting and consistent strength. Each wrench is also double-ended so that you can use it in the way that best suits the job. Conveniently, they also come packaged with their own carrying case so you can organize and store these wrenches in seconds.

If you want a variety of tough, consistent, and professional-grade five-sided allen wrenches for your contracting business, this is the kit to buy! 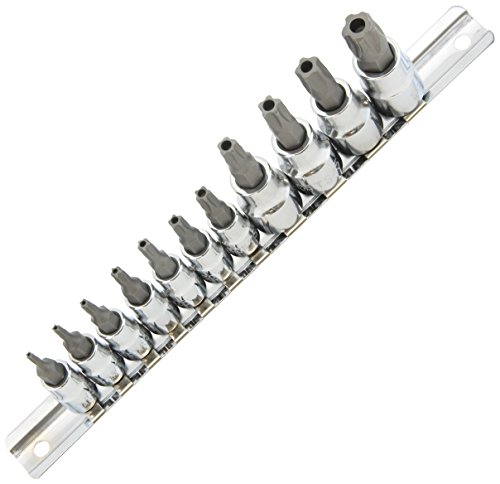 The Anytime Tools 11 piece 5-star security bit set is a group of removable bits that you can swap out with the current bit in your hand screwdriver or power drill.

These bits are all made out of S2 steel with CRV steel sockets. With so much strength in such a small item, you can use every single bit thousands of times without worrying about stripping the head or loosening the fit in your screwdriver.

For convenience, this kit also comes with a clip holder that you can attach to nearly any surface — including your own toolbox. When you want to combine convenience, strength, and reliability into one kit, this Anytime Tools collection is among the best 5-sided allen keys for the money.

The CTA Tools 9680 11-piece tamper-proof socket set is the final item on our list, which features the widest variety of bits with the strength to last year after year after year.

This 11-piece set (see full specs) includes socket bits that you can swap out with your screwdriver or power drill, just like the last item on our list. Each bit has a two-piece design to give it the best strength in the head and socket, and the five-point heads are all hollow to work with as many tamper-proof screws as possible.

The sizes included in this kit are: T8, T10, T15, T20, T25, T27, T30, T40, T45, T50, and T55. Essentially, that gives you the ability to work with any screw you can possibly find that has a five-point head. From heavy machinery to a laptop’s hard drive, these tamper-proof socket bits will give you the variety you need to fix whatever comes your way!

If you want the strongest bits with the most variety possible, these pentalobe torx bits are the perfect choice for you!

Which Five-Sided Allen Wrench Is Right for You?

To figure out the best five-sided allen wrench for yourself, you have to consider what applications you’ll want to use it.

All of these star keys are designed to work with tamper-proofing and security screws. Smaller screws tend to be used in the technology industry to prevent breaking into hard drives or something along those lines, while larger screws can be responsible for holding wheels on machine axles. In other words, there are a lot of possible applications for five-sided allen wrenches that are based on size.

With that in mind, choose your wrenches and price points based on what you need and how you’ll use the tool. If you’re only going to occasionally use smaller wrenches for light work, go with the first two items on our list since they’re more affordable.

On the other hand, if you’re going to work with security screws frequently — like for those who work at repair shops — pick the third or fourth items on our list for their craftsmanship and durability.

Are you ready to get the best five-sided allen wrench for your needs? Check out our list now! Good luck!