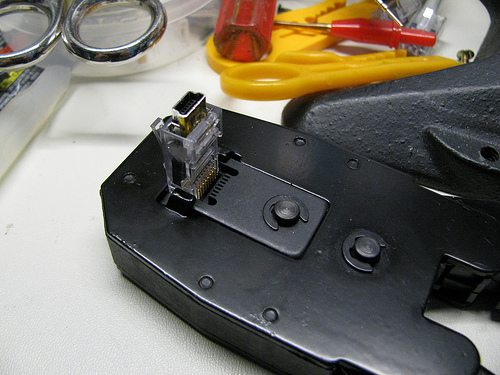 get your own RJ45 crimper? Well, whether you’re working as a professional in IT or just trying to run a custom system through your home without a ton of excess wires, it makes sense to be able to crimp your own CAT cables. RJ45 are the gold standard of these, and making sure that you have the right RJ45 crimpers, you’ll go a very long way into making sure you won’t have missed connections and fraying wires.

Below are our recommendations for the 4 best RJ45 crimpers on the market: 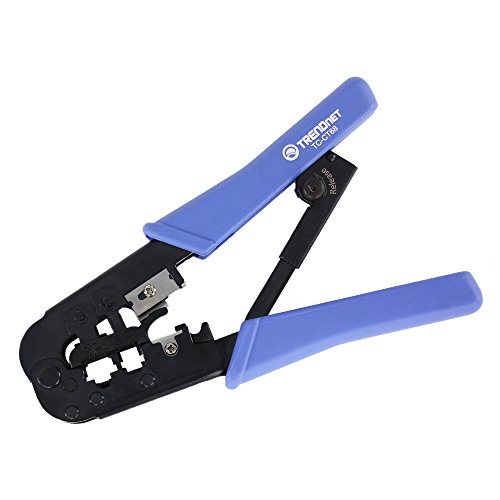 These simple RJ45 crimpers sell well for a reason. They’re simple to use, fall on the cheaper side of thing, and they can handle quite a few different connections. Since it works with both Ethernet and telephone cables you can make sure that your home’s information wiring is totally up to date.

The handles are also exceedingly comfortable (see full specs), which makes them awesome for professionals who might have to run a ton of different cables within a single workday. Keep your hands safe and your job easy with the TRENDnet’s awesome crimpers. 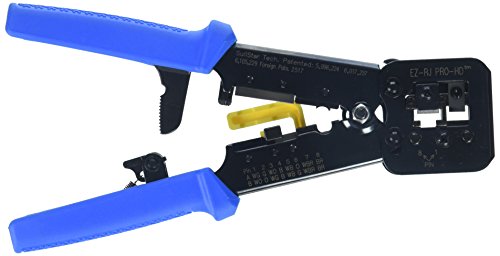 While this awesome crimper form Platinum Tools has a high price tag, it’s also one of the quickest and easiest tools on the market for making sure you’ve got a solid connection on your new Ethernet cables.

It works by supporting the entire end of the connection, meaning you can get the little sucker on there with one hand instead of wasting your valuable time messing around (see full specs). Give it a shot if you’re going to be using one of these tools often and the time saved will pay for itself in no time. Without a doubt, it’s one of the best RJ45 crimping tools around. 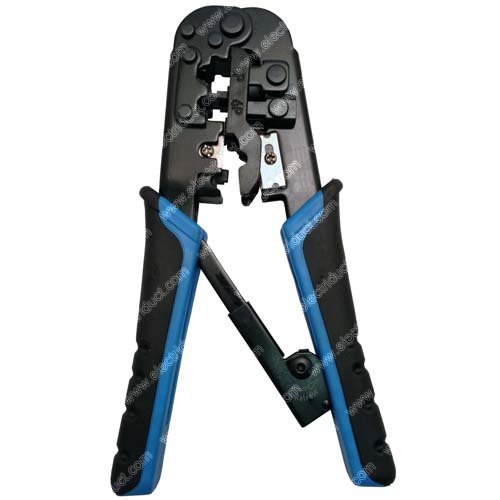 These crimpers are great, although they lack the build quality of super high-end crimpers. They’re good for both beginning professionals and the home DIYer due to their simple to use construction. Even better, they’ve got cutters and strippers built right in.

The main thing you’ll be getting by going with this particular setup is a large amount of versatility since they’re made to handle just about any kind of network cable. Add in their build quality and relatively low price and you’ve got a winner. 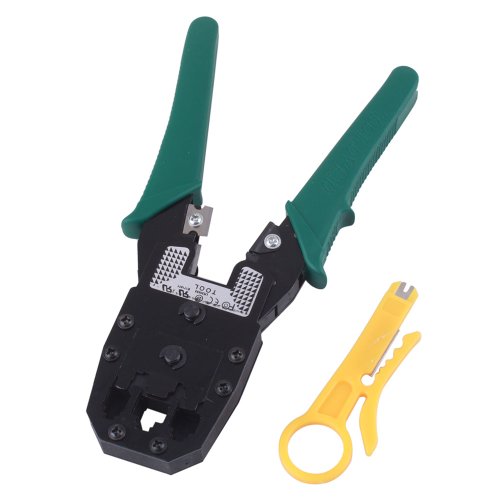 They may not be the hottest game in town, but these crimps have a good reputation with amateurs. They’re made only for handling CAT5 cables so they’re probably not exactly the best for IT professionals, but let’s be honest: most people working around the house just need something that’ll work once or twice.

Don’t invest in these if you need something that’ll be used multiple times a day, but for the occasional job around the house they’re perfect. The low price and relatively good build makes them the option of choice for the amateur. These are among the best RJ45 crimpers for the money.

When you’re looking to invest in a good set of crimps, it makes sense to know what you’re looking at. Since we’re looking directly at RJ45 crimpers, you know that they’ll be able to handle CAT cables (particularly CAT4 and CAT6), but there’s a lot more to look at when you’re picking up a set for professional use.

Cable crimps come in a couple of different varieties. The main extra for most people is going to be an RJ11/RJ12 connection. You can use these to make short work of telephone cables as well. While they’re not as useful if you don’t have a landline, it can allow you to discard of the extra wires in your home without having to coil and hide them.

It’s really up to you whether or not you’ll be using these so plan accordingly.

There are quite a few different tools that you might be able to get alongside your crimpers. The main ones you want to keep an eye out for are cutters and strippers. If you get one with both, or a cheap included pair of both, then you’ll be able to handle making your new line with just one tool.

Some purists will recommend only using factory cables, this is mainly due to the fact that CAT-5 and CAT-6 cables tend to be pulled in and out quite frequently. This puts mechanical strain on the wires and sooner or later something will break, and it tends to happen a lot sooner if you’re using hand-made cables.

What does this mean for the end user?

It means that using these tools needs to be done properly, and that it’s always worth a larger investment if you’re planning on working in a commercial setting. Little errors can lead to big, and expensive, problems farther down the line.

Ethernet has a tendency to be “good enough” at the time and then cause problems later. We strongly recommend you invest in a cable tester if you’re a professional or looking to get into the industry.

After that, you should have a functional cable.

Ensuring that you have the best RJ45 crimpers around is pretty much a requirement for those who work in the IT field. Even if you just use them as a temporary patch, custom lengths being able to be field-expedited can save your clients a ton of time. Most people will benefit from having a roll of CAT-6 and a crimper around, and you might be surprised just how handy they can be at the end of the day. Good luck!

How to Fix/Terminate Ethernet Cables (Connectors)