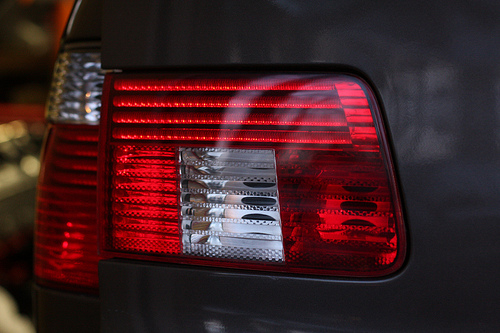 get new LED tail lights? Well, if you’re looking for a serious upgrade to any kind of automotive lighting, then you’re going to want to switch to LEDs. With some many cheap products on the market you might have some trouble identifying exactly which is best for you. Instead of crawling through dozens of products, we’ve gone ahead and searched for you and have come back with the right LED tail lights for you.

Below are our reviews of the 5 best LED tail light bulbs on the market: 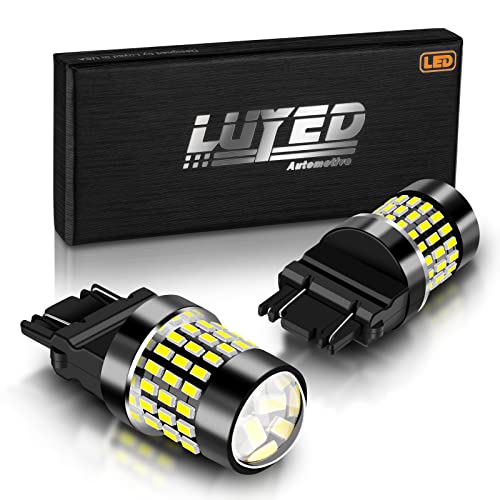 LUYED has these awesome 450 lumen each bulbs which are tailor made for a wide variety of different lights. They’re virtually universal as well, but check your car’s manual before you make the investment to ensure that they fit properly (just use Amazon’s trusty checker near the top of the product page).

They can be a little bit difficult to install, unfortunately, but if you opt to get a professional install done then you’ll be able to take them to a certified shop near where you live. They’re fairly priced, highly versatile, and ultra-bright which makes them a winner for those who can afford the install or manage it themselves. 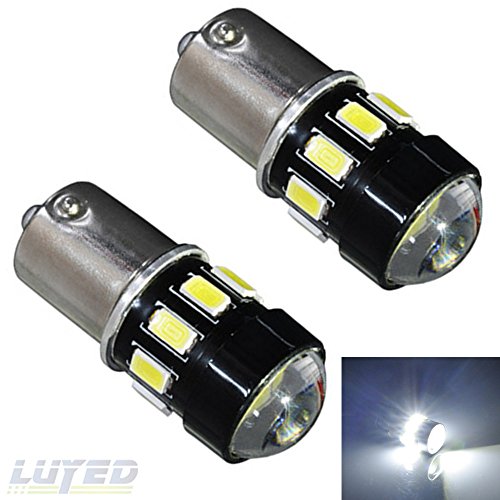 Also from LUYED, these 300 lumen lights are bright enough to outshine your OEM equipment without killing your power system. They’re not quite as bright as some of the options on the market, but they do fit a different variety of fixtures.

Like most LED tail lights, you’ll probably want to go with a professional install unless you’re really up to snuff with your automotive electronic skills. They’re also dirt cheap, and a great way to make sure that your tail lights are visible for a long distance. These are among the best LED tail light bulbs for the money. 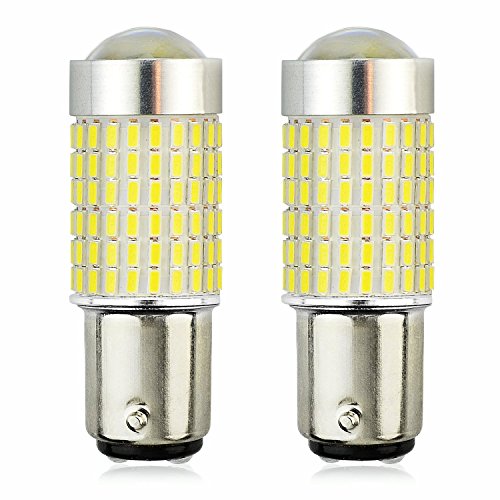 Coming from JDM ASTAR, these 600 lumen each lights are some of the brightest on the market. If you’re looking for the ultimate in brightness then you’ll want to take a close look at these, but you may want to hold off if you’re primarily driving in town. 1200 lumens is really ultra bright.

They fit a wide range of differing fixtures, however, and they really are some of the brightest on the market. This makes them the ultimate choice for visibility, but those behind you may not be too appreciative. 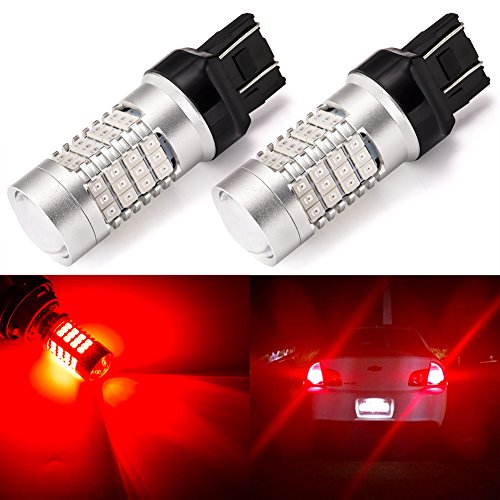 With a 360° radius and a brightness equivalence to 300% of most stock lighting, these bulbs from ENDPAGE are great for almost everyone. They also come with a dual function, allowing them to be used on low for tail lights and brighter for brake lights.

With an advanced heatsink and plug-and-play functionality they’re also easy to install. They also have a one year return policy. Just keep in mind that if you’re planning on using them for your blinkers then you’ll probably need a professional install since they’ll need a 50W 6 Ohm resistor to blink properly. With that caveat in mind, though, these remain among the best LED tail light bulbs. 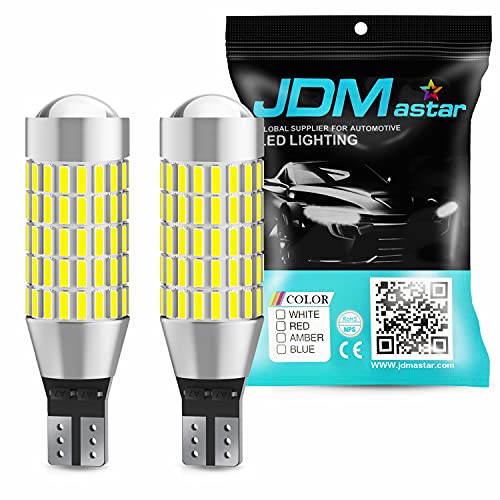 These 1.8” long LED bulbs power an incredible 2000 lumens — 1000 lumens for each bulb — to ensure that anyone can see your vehicle’s lights from an incredible distance. The bulbs themselves shine light in a 360 degree area so that they’re easy to see from any angle, and each bulb comes with a high-quality, high-performance 90-piece chip set for maximum output. To install, just verify that they’ll work in your vehicle and plug them in!

These bulbs give you some of the brightest possible results from LED lights in a vehicle. They’re excellent if you have to drive for work during the night, and they’re almost impossible to miss if your vehicle is anywhere in someone’s vision. On the downside, these lights could almost be too bright for a regular car, so it’s important to consider the other lights on your vehicle before you purchase powerful bulbs like the ones from JDM ASTAR.

Why Use LED Tail Lights?

While it’s cheaper and almost always easier to install halogen or incandescent bulbs, many people find themselves never looking back once they’ve switched to LEDs. The same generally holds true across all of automotive lighting: once you get used to the differing color spectrum, LEDs are simply better.

Of course, the coloring isn’t usually a problem when you’re replacing your tail lights.

If you do make the upgrade, you can expect the following:

The last is especially a good selling point: LED bulbs and lights may be more expensive but they’re also going to end up being a lot cheaper in the long run since the run time of these varieties of lights is usually measured in tens of thousands of hours.

Of course, it’s not always easy to retrofit a car which doesn’t have LEDs straight from the factory. Instead you’re going to need to make sure that the LED bulbs you’re planning on using can fit, and then figure out if they’re plug and play or if you’re going to end up having to pay a professional.

It’s usually pretty easy to figure out whether a bulb will fit your vehicle. Google “tail lights [make/model/year]” and then see if the lights you’re looking at list your bulb type among their fittings.

From there it’ll just be a matter of making sure that you have the brightness level you want. While it’s rarely a problem with headlights, LEDs get powerful and even with the red screen over them it can be a bit much for those who are driving behind you.

The brightness level of LEDs is measured in lumens, as opposed to watts, since the lights are so much more power efficient. Anything over 1200 lumen is probably pushing it when it comes to your tail lights, but if you’re on frequent off road adventures or driving in inclement weather, you’ll find that they still have a purpose.

Plug and play models are harder to come by for tail lights than they are for the front lights of your vehicle. It’s just due to the way they’re wired in and differences in power.

A more advanced chipset generally means one thing for the end consumer: longer life. Super cheap LEDs can have chipsets that malfunction and allow lights to overheat which greatly shortens their predicted life span.

Finding the best LED tail lights you can is a cheap way to upgrade the safety and visibility of your car. With so many different models on the market there really is something for everyone, which makes for a highly customizable and user-friendly experience once you’ve figured out exactly what you’re looking for. Good luck!