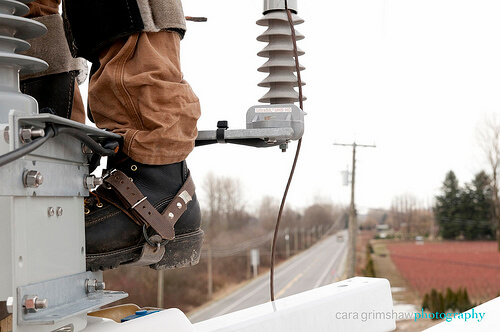 Photo by kiwinky / CC BY

a tough job, and it requires some specialized footwear. A lot of the job entails climbing, but you still need good, tough work boots in order to get everything else done. Thus, there’s only a limited number of boots around that are good for this task.

They need to be durable, waterproof, and provide some protection from electrical hazards in order to really be ideal. They should also have some sort of protection from the ropes and hooks used while climbing; a steel plate is pretty much ideal.

Let’s take a look at some of the best lineman boots on the market, and then, after our reviews, we’ll help you decide which is best for your needs. 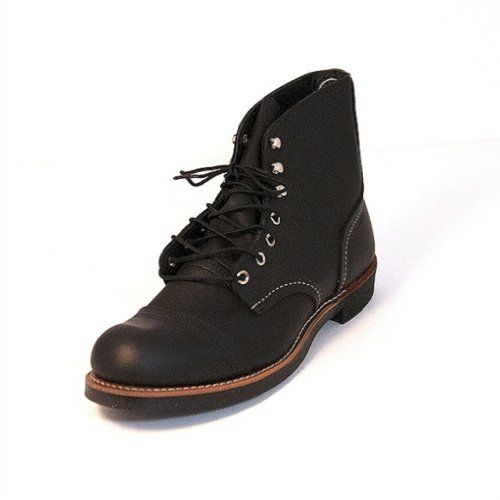 With a high quality, grippy outsole and being made of full grain leather, you know that these boots will let you climb like never before. One thing to keep in mind, however, they’re not specifically made as lineman’s boots and they lack the steel needed for climbing towers for extended periods.

If you’re mainly working on poles, however, you’d be hard pressed to find a better pair of boots (see full specs) at this price point and they’re also great for working on the ground so you won’t need two sets of boots. They’re among the best lineman boots for the money. 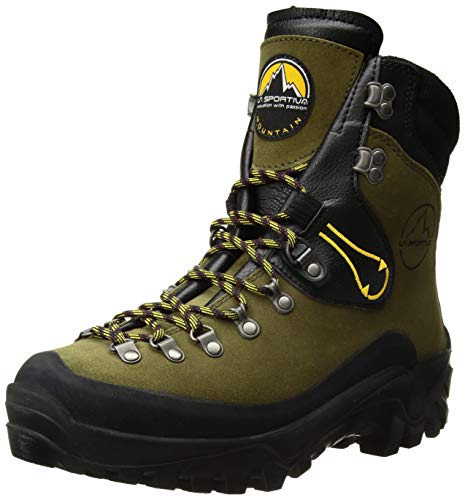 These boots from Sportiva weren’t originally developed as lineman boots, but they quickly became adopted by a lot of them. They’re lighter than most lineman boots and ideal for working both on the ground and on towers. In addition to that, they’re tough enough to withstand just about anything.

Most recommend keeping an eye on the soles as they can be a bit dicey when you’re on hooks. They’re fantastic boots but they’ll need to be replaced a little earlier than some others, but then they also run a bit cheaper than the average pair and you’ll be left with a damn good pair of work boots even if they’re too worn to climb. 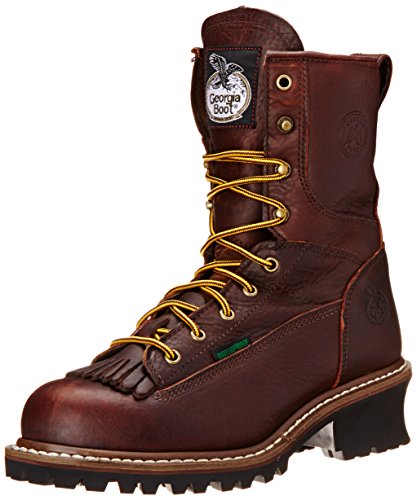 These boots work great for anyone who’s stuck climbing. With a high-quality outsole, steel toe, and being made of tough but supple leather, they’re ideal for the long hours you’re going to spend climbing. In addition to that, you’ll find that the soles are soft enough to offer good traction, which is something missing from a lot of boots designated as lineman boots.

The only thing lacking here is the steel for hooks, but these boots are sure to last a long time and through a lot of climbing if you decide they’re the ones for you. If you’re just getting started, these shoes might be a good investment since they price runs pretty low and you’ll soon be able to replace them with something a bit more specific if you decide they’re not for you. 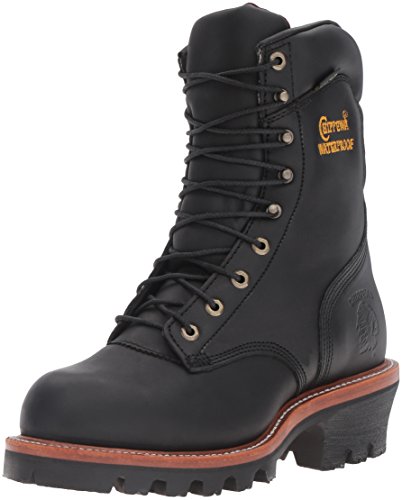 These boots from Chippewa may be exactly what you’re looking for. They’ve got a high heel to let you “hook” while climbing, they’re made of durable leather, and they even have a fantastic steel toe to keep you protected on the ground.

These waterproof boots will make a good companion for any lineman, especially those who spend most of their time on poles. They’ll get eaten up pretty quickly if you’re having to use hooks frequently, but it’s a small price to pay for the comfort and immense waterproof capabilities of these boots. These are among the best steel toe lineman boots period.

How to Pick the Right Pair of Lineman Boots

Lineman boots are actually pretty much the same thing as logger boots, lest you get confused by the above pairs of boots. The techniques used by lumberjacks and linemen are actually much more similar than they appear at first glance.

The main difference is that dedicated lineman boots will be more uncomfortable on the ground due to extra reinforcement. While some find this necessary, many would prefer a pair of shoes that they can use all day without having to switch every time they go up a tower or pole.

The main thing you’re looking for here is comfort. Any boot will become uncomfortable after an extended time climbing and hanging, and this can be deadly when you’re pretty far off the ground. A comfortable boot is essential.

You’ll also want them to be waterproof and, if possible, moisture wicking. Even the best lineman boots can get hot, With inferior boots, your feet get sweaty, especially when you’re working far off the ground and it’s essential to your comfort. You might also find yourself working in the rain, and soaked socks are no fun at all.

Lastly, you want to consider the sole. There’s a trade-off inherent in soles: softer ones will grip better but won’t last as long as hard ones. Hard soles also get slippery in wet weather, and it’s an oddity that many boots billed as lineman boots will have hard soles which become dangerous once it gets a bit wet.

Traction is something you definitely need to consider closely however, since slipping while climbing can result in a fall.

The last thing on your mind here should be the price. In all honesty, if you’re working as a professional lineman, chances are that your salary is high enough that you’ll be able to afford a good pair of boots.

If you’re just getting started, however, you might want to consider a cheaper, less durable pair that has good traction instead of investing a bunch of money but plan on upgrading as soon as possible. Don’t try to use normal work boots, however. It’s essential that you pick something with a high heel and a durable outsole for climbing.

Overall, you’ll find that all linemen develop their own preferences. They’re not always dedicated lineman boots, but one of the above pairs is sure to get you started in style and keep you climbing for a long time to come. Give one of these best lineman boots a shot until you develop your own tastes. You won’t be disappointed. Good luck!