Photo by Norris Wong / CC BY

of us, it can be a struggle to cut through all of the marketing surrounding different headlight bulbs when we opt to upgrade or replace them. The H11 is used in a lot of vehicles, and it’s a powerful, halogen model that’s sure to keep the road lit up for you.

Unfortunately, wherever there’s money to be made there’s bound to be a lot of barely functional knock-offs. We’re going to cut the wheat from the chaff for you, and then help you decide which bulb to go with in order to make sure that road visibility is never your problem again.

Below are our recommendations for the best H11 bulbs on the market. Check ’em out! 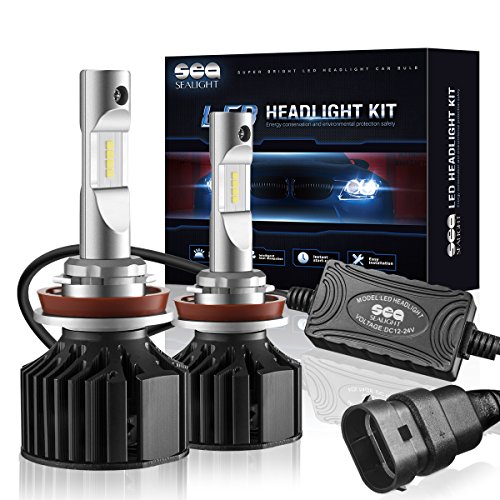 This pack will get you both of the headlights for a great price. These ones are 100W total, 50W per bulb and coming out to a brilliant 4000 Lumen per bulb. They’re easy to install, and they’ll work for a stunning 30,000 hours over the course of their lifetime. They’ll also cool down quickly.

They’re waterproof (see full specs), so if your casing leaks you’ll still be in good hands unless the car becomes submerged and shine in a brilliant 6500K which is considered a “soft white” color variation. Overall, they’re good if you’re on a strict budget and make for decent upgrade over the standard halogen bulbs found in your vehicle. 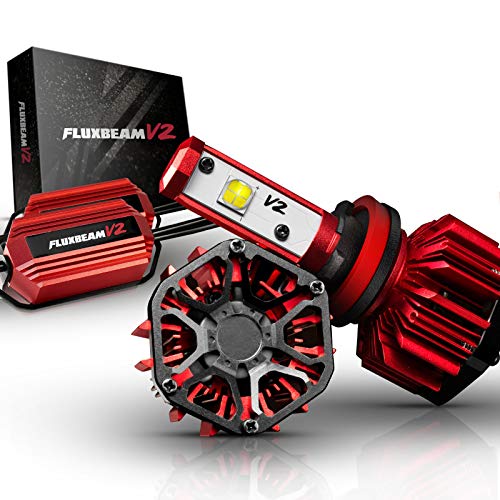 If you’re looking to put out some serious beams, then OPT7 has you covered in a magnificent way. They use quite a bit of juice, 60W in fact, in order to produce a stunning 7000 Lumen total and are cooled with a fan which will help them to last roughly 50,000 hours before needing to be replaced.

Even better, they’re pretty much error free which accounts for the higher price. They come with a built-in circuit board (see full specs) which optimizes the flow of electricity to the bulbs in order to make sure that you don’t experience any deviation from their glaring brilliance as you cruise down the road. The price is high, but so is the quality. This is one of the best H11 bulbs period. 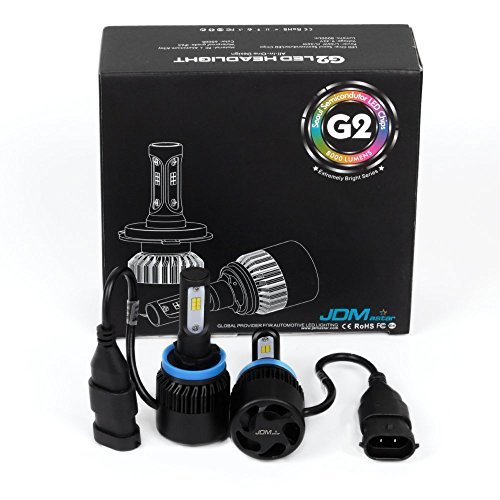 These lights from JDM are made for those of us who just can’t get our lights bright enough. They come in at 4000 Lumen per bulb and fit into the standard H11 socket even though they’re high tech LEDs. That means less power in order to achieve their potential.

They run at 36W total so they won’t be much of a drain on your battery, and LEDs have another advantage: they just plain last longer. Only go with these if you can stomach the brilliant, Xenon white that they come in however. The lighting will be quite a bit different from a halogen bulb. This is one of the best H11 LED bulbs period.

If you’re just looking for a basic replacement for your vehicle then these bulbs from Osram will have you covered with ease. They’re unlikely to be much different from the stock bulbs that came with your vehicle, but that doesn’t make them trash. These are high-quality halogen H11 bulbs, just without any frills or extra brightness attached.

Go with these if you’re on a budget and not too concerned with upgrading the illumination potential of your headlights.

How to Pick the Best H11 Bulbs

If your vehicle takes H11s, then it can be hard to figure out exactly what you need to go with. Let’s run down the varying qualities that can make or break a bulb when you put it in your vehicle.

Wattage is a measurement of power. With incandescent or halogen bulbs, wattage translates directly into brightness. An 80W set is going to be brighter than a 50W set, for instance. LEDs have hit the market for almost all configurations, however, and they’re much more power-efficient.

Lumens is the current standard for brightness. It really always has been. The brightness of a light is measured in this unit rather than wattage, but in the past wattage was often used since all bulbs were similar. It’s a pretty simple affair, the higher the lumens on your lights, the brighter.

Color temperature is measured in Kelvin or K. Color temperature can be even more important than brightness for the average driver. This will effect the colors you’ll be able to see in the illumination of your bulb. Most people are more familiar with the orangish glow of incandescent bulbs, but halogen and especially LEDs will run pretty far into the white side of the spectrum.

The newest tech on the market has something extra though: circuit boards. These will allow the bulbs to run without flickering or spotting for a much longer amount of time than those which are just directly powered.

For most of us, however, there’s one big consideration to look into . . .

Let’s preface this: LEDs are more energy efficient. They’re brighter for the same amount of energy. They last longer. They heat up less. There’s a reason that they’re replacing the bulbs in almost every aspect of our lives, especially as they’re being produced in more “normal” lighting in increasing quantities.

Halogens will have one distinct advantage. They’re cheaper for the most part. They’ve also been around for longer, and many of them will run into more familiar color temperatures and the boards tend to be more advanced when they have them.

Most people will have to choose between replacing or upgrading their headlights. If you’re just trying to replace them and get some more night miles out of the car, then pick something cheap.

Many of us like to tinker, however, and while we fully recommend switching to a compatible LED bulb there are certainly very nice halogens still on the market as well.

The choice is yours at the end of the day, but if you’re looking to upgrade then we’ve shown you exactly what to look for: the 4 best H11 bulbs on the market. Now all you have to do is make it happen. Good luck!