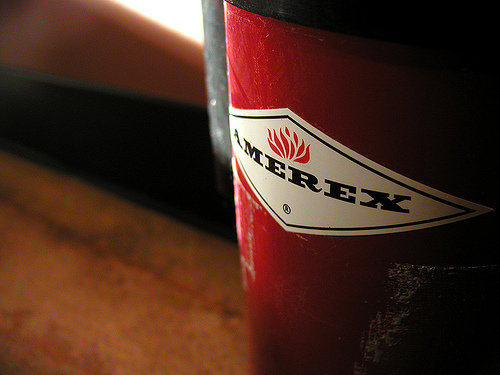 Photo by sharyn morrow / CC BY

get a fire extinguisher for your jet ski? Well, jet skis are an amazing amount of fun, but you still need to keep yourself safe despite their lowered classification. That means a small investment in a best fire extinguisher you can find, just in case something bad happens.

We’re here to make sure that you’re in the right hands with a marine-grade fire extinguisher. If all goes well, it might just be the best purchase you never have to use.

Below are our recommendations for the 4 best jet ski extinguishers on the market: 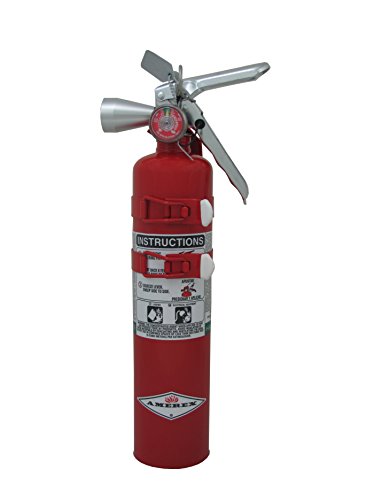 This halotron fire extinguisher is pricey, but it’s also one of the best on the market. This style of extinguisher will allow you to spray things down, prevents thermal shock to electronics, and also leaves no residue behind once you’re done (see full specs). That makes it great in case something happens and can also prevent unseen damage if you’re using the extinguisher on another vehicle.

If you can afford it, this is the best one around. On the other hand, it doesn’t exactly fit in most people’s budgets. The range is good though, and chances are that if you need it you’re going to be glad that it was onboard your PWC. 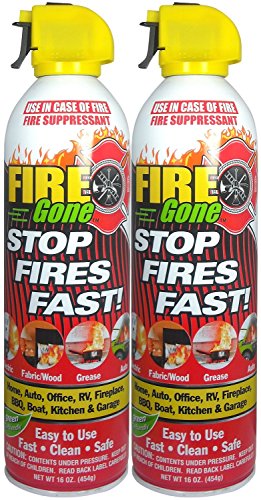 Relatively new to the market, fire suppressant sprays are most often rated for ABC fires and come in cans which are much smaller and lighter than your usual extinguishers. The price is definitely right for this two-pack, and the cans come with mounts as well so you can place them where you think they might be needed.

The only real drawback is that they can’t be sold in California due to state regulations. If you live anywhere else, however, they’re the lightest, cheapest solution to making sure you’ve got the fire suppressant capabilities you need.

Does It Really Work: Fire Gone

This is a relatively small fire extinguisher which should fit under the hood of most models of Jet Ski with a proper bracket. It’s definitely not a super advanced extinguisher, but it boasts a pretty impressive range and the small size makes it handy on such a small craft.

This is an ABC fire extinguisher, so it’s actually meant for autos since it’s pretty rare to have combustibles on board when you’re out on the water, but you never know exactly what you’ll need. It’s going to make a mess, but the price is right for something to avoid a ticket and you’ll be glad to have it if you end up in a hot spot.

Forming the middle ground between super cheap and the premium halotron-style fire extinguishers is the Shield Protect. This BC fire extinguisher is perfect for carry (see full specs), especially on seated models where you have some extra room.

The only real issue is that you’re going to need to find your own bracket or hope it fits in the one that comes stock with your PWC. Once you have that going, however, this is a great way to ensure your watercraft remains protected in the event of a fire.

Despite the fact that you’ll rarely need to use a fire extinguisher while on a Jet Ski, there are still some rules and regulations which surround carrying them.

Some enthusiasts don’t realize that carrying an extinguisher is actually a requirement, and it’s one of the most common things that an agent will check for if you get stopped while on the water. It can be a pretty hefty fine if you’re not packing.

The real reason isn’t to save your PWC (personal water craft). If it catches fire, we’d recommend rolling it and swimming away as quickly as possible. Rather, fire extinguishers are used to help others who might be in distress. Jet Skis and the like are generally treated under law as small boats that require you to have quite a bit of safety equipment.

Just make sure you have one. It might save your life or someone else’s, and the ticket is going to outstrip even the fanciest halotron fire extinguisher in a hurry.

What Type of Extinguisher?

As a general rule, all watercraft should be carrying BC fire extinguishers at the least.

The acronym for ABC is pretty easy to memorize:

A is for ash. That means combustibles which will leave behind ashes like paper, wood, and other solids that have little fire resistance.

B is for boiling. This actually means liquids. Grease, gasoline, and other combustible liquids burn quite a bit differently than wood or paper, which can leave you in a bad spot if you use the usual methods like water to put them out.

C is for charge. C-rated fire extinguishers cover electrical fires, which are different from the other two types and need some kind of insulation to be prevented from resparking.

It’s pretty easy to see why BC extinguishers are required on virtually all watercraft.

Most extinguishers function roughly the same: point and aim. Solid or liquid suppressants act much the same while in the air, and it’s really only the residue left behind which will differ in the end.

CO2 extinguishers are commonplace and great at suppressing fire since they starve it of oxygen. However, they also cause thermal shock, since the expansion of carbon dioxide absorbs a lot of energy from the environment. In extreme cases, this can ruin surfaces and electronics.

Sodium bicarbonate is great but leaves a lot of residue. These fire extinguishers disperse a powder rapidly and efficiently, but they leave a big mess. It’s not that big of a problem for smaller craft but when aiding someone else it’ll leave a huge mess.

Halotron fire extinguishers are the best of the best but very costly. The suppressant dwindles away quickly, leaving no residue. It also doesn’t cause thermal shock like carbon dioxide, which can save delicate and expensive electronic components if used quickly enough.

Finding the best jet ski fire extinguisher for the money is necessary for both your safety and that of other people while you’re on the water. Even if you never have to use one on a fire, it can save you a ton of trouble with the law, which makes having one a necessary part of your on-the-water experience. Good luck!