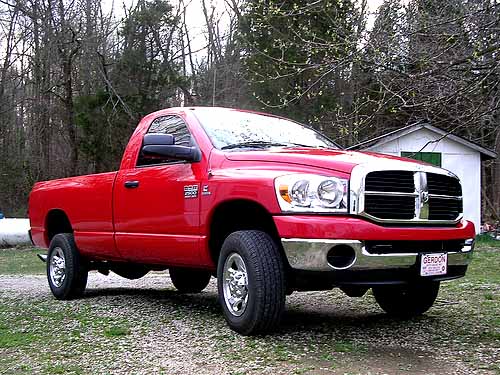 Photo by Clayton Sieg / CC BY

Cummins is a beast of an engine, especially for a straight six. It’s one of the biggest six-cylinder motors around, and it’s got a great legacy behind it that’s part of the sterling reputation of the Dodge Ram. There’s an easy way to get some extra performance out of these motors, though, with a simple plug-and-play installation.

Enter the world of performance tuners for the 5.9 Cummins. These modules can be connected to your motor in order to affect a wide range of different variables. Torque, horsepower, and even the miles per gallon your truck uses can all be affected in positive ways, making this one of the go-to options for those who are seeking to eke out a little bit more performance from their truck.

Let’s jump right into some of the best tuners for 5.9 Cummins on the market, and then we can talk about how to decide which one is perfect for you.

This tuner comes with ten default settings, and the ability to load them onto your truck’s ECM within just a few minutes. It comes with built-in options for towing, racing, and anything else you might think to do with your vehicle. It also allows the advanced user to download their own sets of modified parameters.

The best part is really the fact that it works great straight out of the box and allows you to use it with a surprising amount of ease. It’s great for someone who just wants to get a boost in power and miles per gallon for cheap and without any hassle. Hands down, this is one of the best diesel tuners for 5.9 Cummins engines. 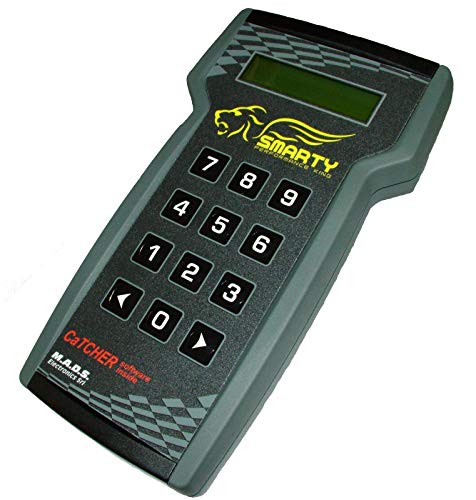 Another great programmer from Smarty. This one is designed for the 2nd generation of the 5.9 Cummins motor which had slightly lower horsepower. The function is the same though, coming with ten different presets for varying purposes, quick downloading, and the ability to make your own set-ups for customized usage. It also doesn’t leave a trace on the computer, so you won’t have to void your warranty, and that ability surely makes this one of the best tuners for 5.9s Cummins period.

If you’re looking for the most advanced tuner you can find, you don’t need to look any further. This one comes with the usual software by Smarty but added on is a touch screen display that’ll show you the intimate details of your engine’s function as it runs.

The tuner (see full specs) boasts some pretty impressive hardware of its own as well, including dual CPUs which make it quick and responsive. The UI is customizable for your needs, and it can alert you when parameters are out of whack as well, it’s simply one of the best diesel tuners for 5.9 Cummins around.

The Edge Products 85400 evolution programmer is a simple, powerful, and convenient tuner for any 5.9L diesel pickup truck. This tuner displays all the information you could ever want to know about your engine and even your whole truck in general. It’s designed specifically for 5.9L engines, and it’s exceptionally useful for high-weight transportation, like towing.

This engine tuner also comes with multiple pre-made power settings to make it easy for you to control the minimums and maximums of your truck. The Economy setting is designed for maximum fuel mileage, the Towing setting is intended for pure torque, and the Extreme setting gives you maximum engine output without losing control of your vehicle.

With this tuner, your 5.9L engine will become way more versatile with the potential for outstanding gains in power. This tuner is specifically made for individuals who want to get the best rugged strength out of their vehicles whenever they want.

What You Need in the Best Tuners for 5.9 Cummins

Unlike a normal hot chip or a programmer, tuners are mainly made to be used with their presets. Once you have one on your truck, you’ll be able to experiment with them to find out which works best, as well as find other sets which might suit your needs better.

Most of them come with a pretty minimal interface, making them something of a plug-and-play push button device which improves performance by tweaking off of your sensors. Each of those above will have settings for racing, maximizing fuel efficiency, and towing at the bare minimum. The array of factors that can be altered is actually pretty impressive when you stop and realize it’s just a device you plug into your dashboard.

One thing to be aware of is that most tuners will leave some level of “trace” in your ECM which can void your warranty. None of the Smarty tuners will do this, however, and as long as you set your motor back to factory default before taking the truck in you’ll be good to go. It might be a bit deceptive, but how honest are car dealerships with you anyways?

Price is always going to be a primary factor when you’re looking at performance enhancing parts and honestly, most of what you’ll receive from a more expensive tuner module is a better UI. That doesn’t necessarily mean it’ll be easier to use, but you can display more in-depth information when your motor is running by investing more money.

The update time is something you’ll want to consider as well. The Smarty options (see a bunch here) boast some of the quickest changes in the industry, with their marketing saying that they’ll update three times faster than their competition. While none of them will take long, being able to completely change the way your motor runs in less than ten minutes is pretty damn cool no matter who you are.

These are particularly valuable for those who want to tow with their trucks. You can get the torque and horsepower adjusted just right to maximize your miles per gallon while hauling a trailer or boat and save a little bit of money without having to do any additional work on the truck.

Those who are simply looking for performance enhancement are sure to be pleased with a tuner as well since you’ll have more power and a removed high-end limit right out of the box. Whether you’re racing or just want the hottest truck on the block it’s a remarkably simple way to go about it.

This engine is already a time-tested engine residing in the iconic line of Dodge Ram trucks and finding the best tuner for 5.9 Cummins is a simple and easy step you can take to get the already high performance to the next level. If you’ve got some spare change, make the investment and you’re sure to be delighted with the extra options you’ll have at the push of a button.