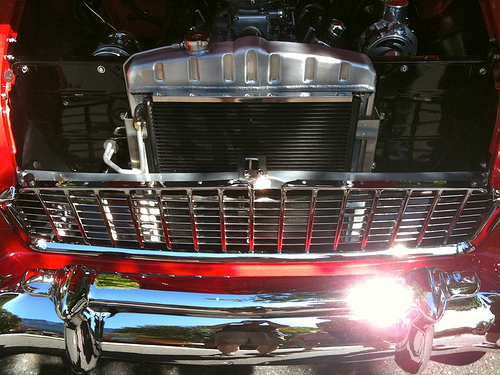 Photo by Jason Clor / CC BY

stop leaks acquired something of a bad rap in the beginning of their existence, just like most automotive solutions which are chemical based. Unlike most of them, however, stop leaks can be a perfect solution to minor problems in the radiator when you use them.

The main thing you’ll have to decide is how much you want to get the radiator fixed without having to buy a new one or resort to more complex methods. Price is a good guideline when it comes down to it. So . . .

Here are our recommendations for the 4 best radiator stop leaks on the market: 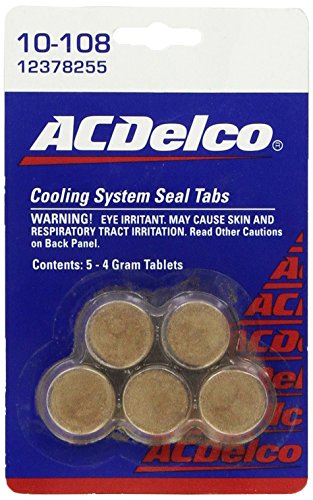 These cooling system tablets are primarily intended as a way to stop hairline leaks as soon as they start, as opposed to actually stopping a leak once it’s already in progress. Some situations you might find them handy in are when you’re “low coolant” light seems to be coming on more often than you’d normally expect, and you can’t find any source of the leak.

It’s advised you add the recommended amount once a month or so, and it should keep those little leaks that occur over time from getting any worse. 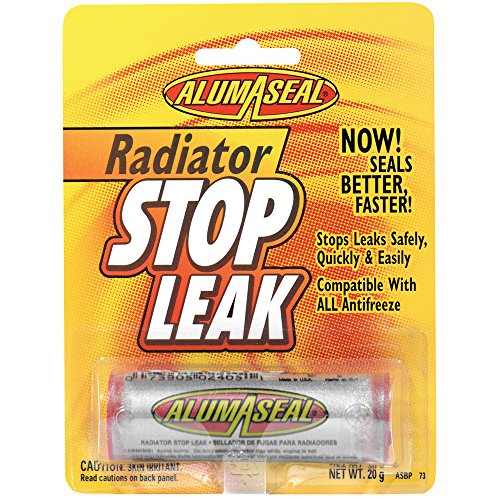 AlumASeal is a great option for those of us with a small leak and an aluminum radiator. It won’t take care of the big stuff, but keeping some on hand in case of a leak is a good idea. It will, at the very least, hold you together until you can source a new radiator and in the case of hairline fractures you might even have a permanent solution.

It’s not going to work with a plastic radiator, however, and it’s generally not considered a permanent solution. If you’ve got a car that seems to be “missing” fluid once in awhile, however, it’s definitely something to look into snagging. But for its purpose, this is one of the best radiator stop leaks for the money (see full specs). 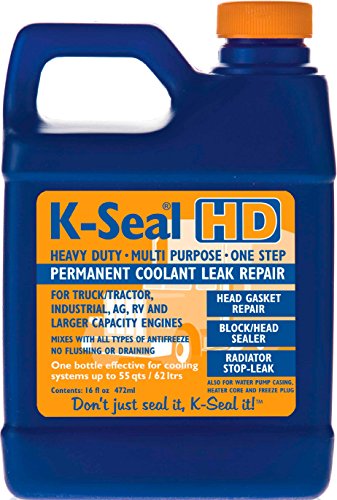 K-Seal is more of an all-purpose leak repair product, but it makes for a pretty good solution in a lot of cases. This stuff is made for heavy-duty engines that have a lot of power behind them, including trucks, RVs, and tractors so it shouldn’t be your go-to if you’re looking at your little Hyundai hatchback.

K-Seal (see full specs) has a strong reputation for being able to fix not only radiators but also cracked head gaskets and numerous other problems. We wouldn’t recommend it for a permanent solution, but it can keep you going until you can get it fixed with some judicious application.

Bar’s has a hell of a reputation among mechanics and laymen alike for being the stuff that stops your cooling system from leaking any further. It’s also widely renowned for being safe when you apply it since some of the earlier forays into a chemical solution for radiator leaks could end in a plugged heater core.

This particular variation gives you some of both the original formula which is so highly regarded and the pelletized form which others swear by, making for a double whammy of leak stopping power which is sure to help you with any slow leak and might even work as a stop-gap measure against a larger one.

Radiator leak sealers are not considered a permanent fix, even when they’re billed as such. You’ll find that the leaks they stop will inevitably return, and if you’re talking about a leak which is actively pooling water under your vehicle when it sits for a while, we’re talking a matter of days.

That said, they make an excellent and inexpensive stop-gap measure which can extend your radiator’s lifespan for anywhere from a few days to a few months. The majority of people who claim they don’t work are wrong. They do work, but it’s not going to save you from having to buy a new radiator in the end.

Apply however much the manufacturer recommends and monitor your coolant levels carefully. Sometimes it may be necessary to apply a little bit more, but if you can’t stop the leak with less than twice what’s recommended you’re better off just trying to source a new radiator.

Keep in mind that smaller leaks will eventually become bigger ones, and quick action with a radiator leak sealant will last much longer than if you hold off on using one. This means even quicker failure of the radiator, constant vigilance may mean the difference between having a couple of months to save up for a new radiator and a couple of days.

Too much of most of them will cause some issues, primarily with the heater core. This will lead to a more expensive repair when you get around to trying to fix things properly. For hairline fractures or pin holes, however, they make an effective measure. Just remember that sooner or later the hole is going to emerge again.

The best way to use them is to keep one on hand in the trunk or glove department of your car so that you can apply it immediately when you notice there’s a problem. You should be monitoring the coolant in your vehicle just like you would the oil and other fluids, although it’s often overlooked by those who aren’t savvy about automotive maintenance.

Consider keeping some along with other fluids that might be needed on hand, and you’ll be able to keep things going until you can afford to get the repair done properly. Even the best radiator stop leaks aren’t quite as essential as oil, transmission, and brake fluid, but should be a part of anyone’s automotive maintenance kit.

We highly recommend keeping some around for the eventuality that your radiator begins to fail. The extra time bought is worth a lot more than the relatively low cost of the products themselves, especially since you won’t suddenly find yourself both without a vehicle and with a rather hefty repair bill.