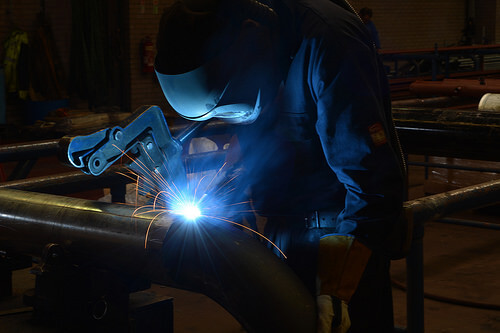 Photo by rawdonfox / CC BY

just starting to weld, it can be hard to pick from the myriad of machines which are on the market. Luckily, the best MIG welders for beginners aren’t nearly as complicated of a subject as some people make it out to be.

What you’ll need to do is find something simple but versatile, and pretty soon you’ll be at it like a pro. We’re here to show you 4 of the best products currently on the market, then we’ll help you decide which one is perfect for you. Let’s get to them! 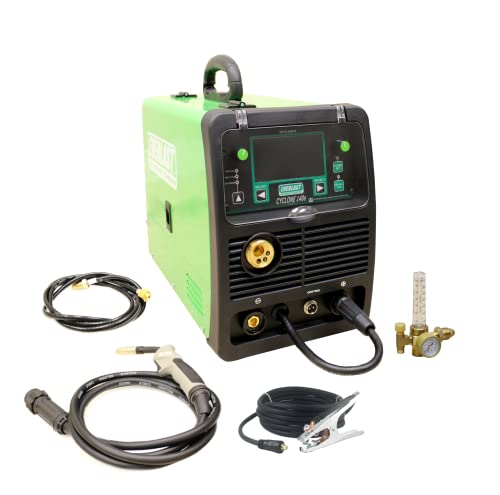 This MIG welder from Everlast is both fairly cheap and optimal for beginners. The controls are super simple, it can be run from your home, and it can handle a pretty surprising variety of wires. The ability to handle both 4” and 8” spools is just the cherry on top of the bunch and it makes a good way to get right into MIG welding for those who are just starting out. 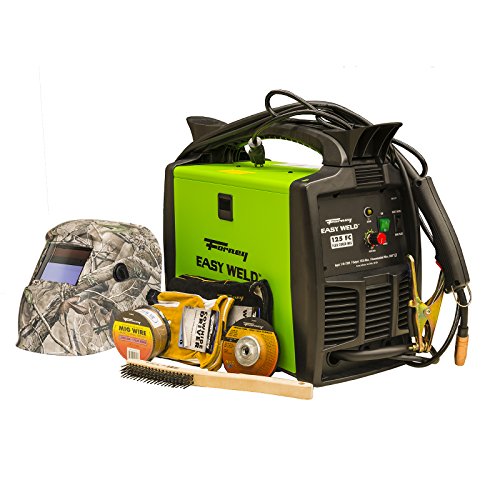 For the beginner, This Forney is among the best beginner MIG welders. It comes with a mask, brushes, gloves, wire and pretty much everything else you’ll need to get started. The welder itself is a Forney 125 unit which is made for welding up to 24 gauge steel.

You’ll only be doing MIG welding with this kit, but if you’re just getting started you won’t need anything more than this. This kit as a whole is a great introduction to the world of welding, so if you’re a rank beginner without any of the associated gear this is the thing to add to your home. 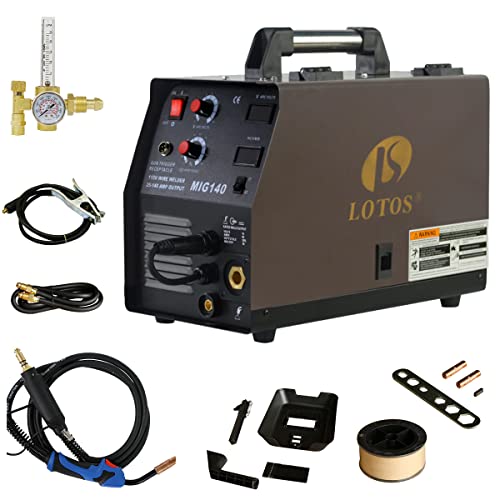 This Lotos MIG welder has quite a bit of power behind it, and all you’ll need is a bottle of gas to get welding. It also supports flux core welding and comes with the wire for it, so there’s no real need to wait if you’re wanting to get right to your next project. The controls for wire speed and voltage are amazingly simple (just a couple of nobs) and you’ll quickly find yourself using it like an old hand.

It also comes in at an affordable price so keep this one in mind if you’re just starting out. This is among the best beginner MIG welder for the money. 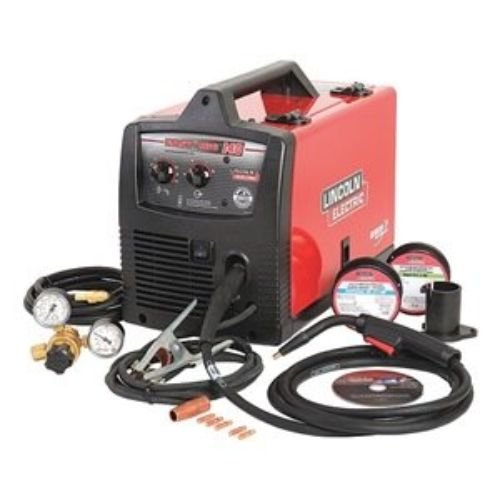 If you’re willing to spend a little bit more and you plan on exclusively MIG welding then this welding machine from Lincoln Electric is exactly what you’re looking for. It has a ton of power, simple controls, and you can plug it right into the wall sockets in your home. The price tag might seem higher, but it’s worth a lot more than you think.

If you’re serious about MIG welding, or just began a job where you’ll need your own machine, then make the investment here and you won’t ever be let down. Remember the old adage: the cheap man always pays twice.

Deciding on the Best MIG Welder for Beginners

The main thing that most true novices should be worried about is the controls. While more complex controls often allow for finer variations of power, feed, and other factors it’s not a true necessity until you know exactly what you’re doing.

Something which lets you control feed and voltage is good enough, although you may want something a little bit more fine-tuned in the future.

A 115/120V welder is also a good idea for the beginner, since you can practice at home with a standard power outlet. They definitely won’t pack as much punch as a 220V welder but you’re not looking at anything seriously underpowered either as long as you’re careful with your selection.

If you’re running at home, however, make sure the breaker can take the high amp-load that a welding machine is going to put on the line or you’re going to be spending a lot of time flipping fuses.

If you’re not quite sure what kind of welding you’re going to be doing, then a machine which can handle a variety of jobs is ideal. Unlike with a lot of tools, you don’t lose much additional functionality when you pick out a welder that can do more than one thing.

Really, the most important thing for someone learning to weld isn’t about the power of the welder but about the consistency of the welds produced.

While a more advanced welder will be able to easily troubleshoot their machine, someone who’s just starting out needs the variables to be the same every time in order to make a consistent, strong bead.

Your best bet is definitely one which comes with a built-in regulator as well, since you won’t have to worry about finding one after you’ve made your purchase. A good regulator is worth it’s weight in gold, since sputtering can cause some serious issues when you’re trying to run a good weld.

Of the products we reviewed, the Lincoln Electric MIG Welder (see full specs) is undoubtedly the best. It’s also got a higher price point by a huge margin and is only suitable for MIG welding.

If you’re just starting out and don’t have a ton of dough to spend, the Forney 29901 (see full specs) should be right up your alley. It comes with a ton of accessories for the beginner welder and it’s at a terrific price to boot!

We hope we’ve guided you to making a choice to getting started in the world of MIG welding. It’s an exciting piece of craft and you’ll never forget the first few times you create or repair something. Just make sure you start out on a good foot.

By choosing the best MIG welder for beginners from the get-go, you’d stand a much better chance of sticking with welding for long enough to actually get good at it. Consider your choice carefully, and happy welding! Good luck!