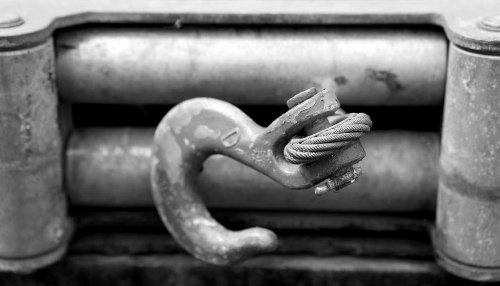 Photo by Nik Stanbridge / CC BY

comes to moving heavy stuff without having to rely on gas or electricity there’s nothing better than a proper come along. Unfortunately, a low-quality come-along can often be more frustrating than just pushing or dragging the item yourself.

The main thing you need to look for is a solid construction, even if it’s hard to break loose at the end, a good come along will keep going for a long time. Many of us use them to move cars around as well as other really heavy objects. Keep in mind, though, that a rolling car weighs much less than you’d think but one with the parking break on or pulling one sideways is absolute deadweight.

Below are our recommendations for the 4 best come along winches on the market. 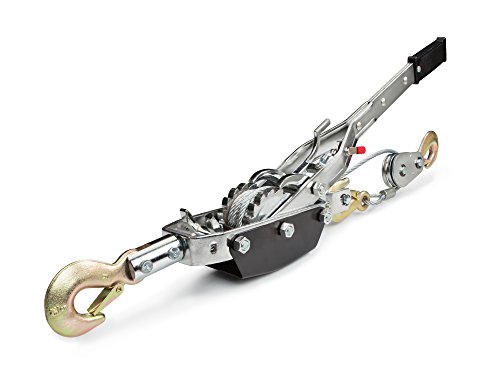 This come along from Tekton is great, with a couple of caveats. It doesn’t really hold up when you get near capacity but keep it around a couple of tons and you should be fine. It’s not the highest-quality metal, so while it will pull at capacity it will also grind the gears out extremely quickly. But if you just need a good, inexpensive come along cable puller for moving logs and other objects under a thousand pounds it makes a great option. 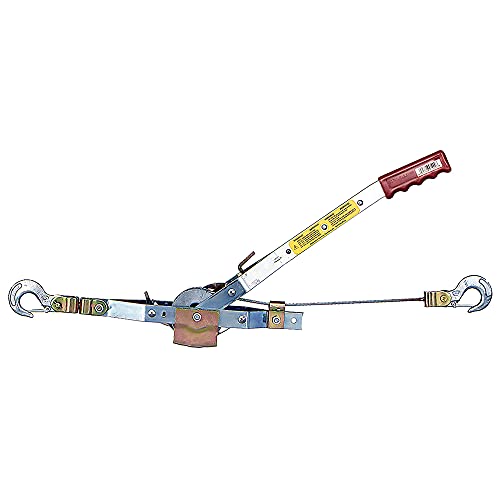 Maasdam is a big name when it comes to these manual winches, and this one-ton capacity come along is perfect for most applications. Unlike the Tekton option, it’s definitely safely able to move the weight it says it’s rated for. Add in the fact that it’s fairly easy to use and you’ll be good to go for any application that meets the weight requirements. This is without doubt one of the best come along winches for the money. 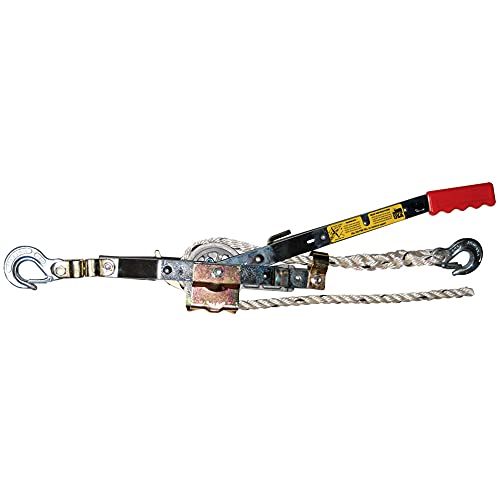 This one works better for smaller applications, it’s not going to be much help moving most vehicles but if you need to drag some logs or whatever around you’ll be in good hands. The winch also comes with a pretty hefty rope which will allow you to tie off easily and make sure that things work out in your favor whether you’re pulling around a tree or attached to the axle of your truck. It’s among the best rope puller come alongs. 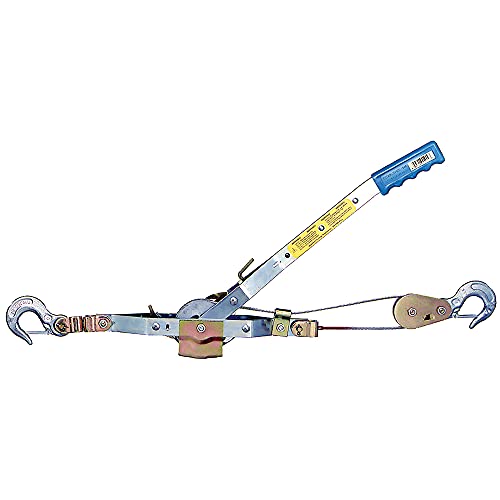 And finally, we have a truly high capacity winch which is suitable for almost any non-industrial purpose. Since it can safely pull two tons, you’re sure to be able to move most items although you’ll have to find your own straps or chains to get it attached. Whatever you might need it for, this thing has you covered. Hands down, it’s among the best come along winches you can buy.

What Makes a Come Along Great

While it’s always nice to have functional, budget options around, there’s a few things that can make a come along truly suitable for heavy duty use.

The type of metal used in its construction will make a huge difference. High-grade steel is the absolute ideal since the shear tolerance of it isn’t likely to cause it to fail under the heavy amounts of load which can be introduced when you’re using this type of tool.

The other thing to keep an eye out for is single piece construction of the external frame. A single piece makes for fewer points of failure on the winch itself, which makes things a lot less likely to break. Heat-treated bolts and other things used to keep it together are also important.

Cheaper come alongs will tend to have gears made of inferior metals, which means they won’t operate near capacity for all that long at the end of the day. This isn’t a problem when you’re using one that’s rated for a lot higher than the weight you’re pulling, but it means that sometimes the manufacturer’s ratings aren’t really accurate for extended periods of use.

With come along cable pullers, lift height is also a good thing to take into account, especially if you’re moving vehicles or up a ramp into the back of a truck.

Always make sure that your attachments are solid and that there’s no fraying in the rope or cable you’re using. A snapped rope is bad enough, it can cause quite a bit of damage if your load is suddenly free and even injury depending on the location of you and other people in relation to the pulling.

Snapped cables can be absolutely deadly. Even thin cable has a surprising amount of cutting force when it’s swinging, and it’ll be swinging extremely fast when under the amount of tension a come along winch can produce. We’re talking removing limbs type of speeds.

The first step to safe use is to always inspect the tools and attachments before you use them.

The second is to be aware of how much weight you’re moving. Some things like logs weigh a lot more than most people would estimate.

The last is to know where the safety tolerances are going to start to fail. After using one for a while you’ll readily be able to tell when you’re overdoing it, generally without anything breaking. Cable and rope can be dangerous when snapped, but fortunately, they’ll generally be much stronger than the amount of force produced.

Picking the Best Come Along Winch for You

We recommend the Tekton (see full specs) if you’re just moving light objects around your home and garden. By light, we mean in the range of five hundred to a thousand pounds. It’s a solid tool, and works well.

Maasdam makes the best when it comes to quality, especially its two-ton-rated model (see full specs), although they’ll cost a little more. Their tools are pretty much a good standard to go by when it comes to comparison and probably the only readily available brand that you can truly trust to be rated properly.

Pick out the one you need, order it, and you’ll soon be taking care of heavy loads or moving vehicles with a surprising amount of ease. Come-alongs are used for a ton of different projects, and once you have yours and are working with it, you’ll be surprised at how versatile of a tool they truly are.