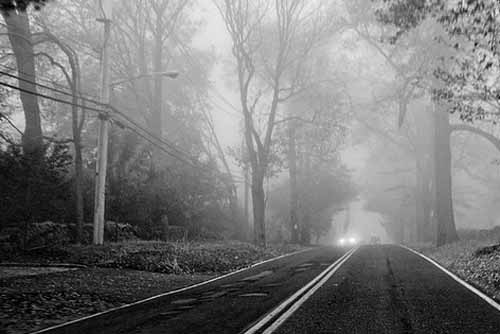 Photo by June Marie / CC BY

a fog light sit to your Silverado SS makes a ton of sense if you live in an area where it snows or you have to deal with dense fog. Driving lights are designed to project white light far up the road to complement your headlights. On the other hand, fog lights offer an amber light intended to illuminate the way just in front of you. The amber light does not create the glare responsible for reduced visibility in these driving conditions.

For many years halogen or xenon bulbs were the most popular, but in recent years LED bulbs have surpassed them both in performance and popularity. With so many different brands on the market, it can be hard to know which ones will make the best Silverado SS fog lights. Luckily, we’ve made it easier by doing the research for you.

Here are our recommendations for the 4 best Chevy Silverado SS fog lights on the market: 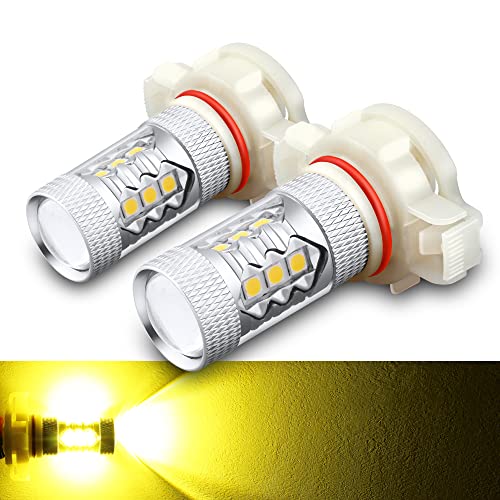 This set of two fog lights offer a combined 1000LM of xenon white light output per bulb that covers 360°. They offer the advantage of being non-polarized, so you don’t have to mess around with trying to plug them in correctly as you do with LED headlight bulbs. The bulbs feature a fanless design relying on the aluminum chip mounting column to provide sufficient heat dissipation. The 360% lighting ensures minimal glare in rain, fog, or snow. 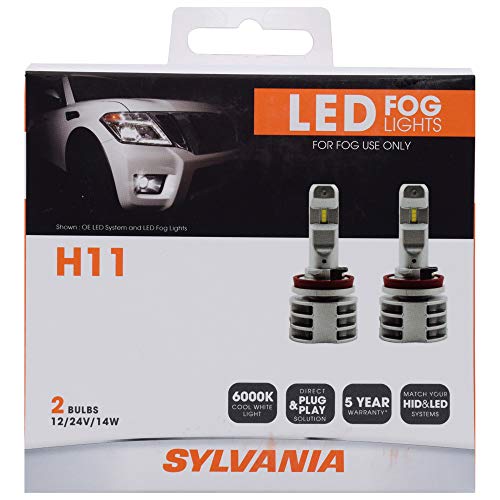 Coming in with a 6000k (kelvin temperature) rating, these fog/driving light bulbs produce white light that is sharper and brighter. These lamps feature an angled design that helps to provide extra air cooling, helping to maximize lifespan. They are a direct plug and play bulb, with no modifications needed in most applications. With over 100 years’ experience in lighting, Sylvania backs these bulbs with a full 5-year warranty—making these among the best Chevy Silverado SS fog lights for the money. 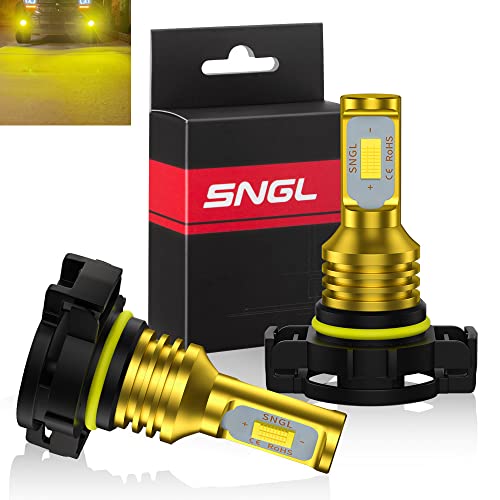 Offering 1800LM of amber light per bulb from 2-piece CSP LED chips, these bulbs operate at only 8W, which helps reduce the load on your electrical system while providing maximum lighting. The downward aim design helps to shine maximum light on the road surface without the glare that some white light bulbs can cause. They are perfect for driving at night as well as in the fog, rain, and snow. 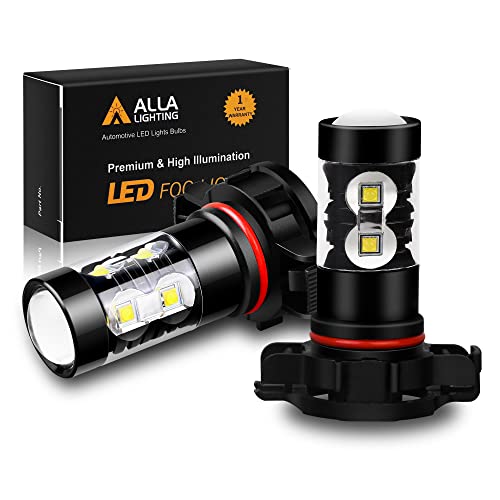 These LED fog light bulbs offer 1200LM per bulb for a total of 2400LM of xenon white light and are designed to minimize the risk of glare. The bulbs feature state-of-the-art technology and do not require the installation of load resistors for CANBUS systems. They operate on only 8W of power instead of the average 50W. LED chips set in the aluminum mounts to provide 360° illumination within your fog light housing allows for ultimate performance. 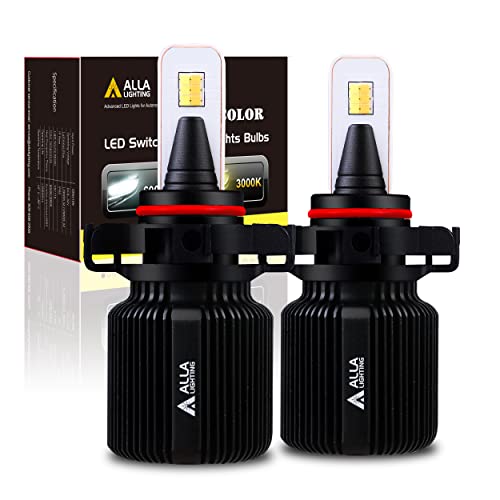 These LED bulbs not only offer a 4000LM per bulb, but they also feature dual-color technology. When you first turn your headlights on, the color is cool white. However, if you need fog lights rather than driving lights, simply turn them off and on again. The bulbs will now feature a golden amber glow that provides for maximum vision when it foggy, rainy, or snowy. Light output is rated at 6000k for the cool white light and 3000k for the amber.

Finding the right Silverado fog lights can be challenging if you aren’t sure what you should be looking for. There are a few questions that need answering before you set out to buy your fog lights.

What’s the Difference Between Driving and Fog Lights?

Many people tend to confuse the terms driving lights and fog lights using either term as the feeling strikes. But there is one significant difference between them. Driving lights are any light that is pointed forward from the front of your vehicle. They are designed to shine light far down the road in front of you.

Fog lights, on the other hand, are designed to shine their light directly on the road in front of you. Their light should go no further than 150 to 350 feet in front of your car. This design helps to ensure maximum lighting during fog, rain, or snow without the glare headlights can cause.

Do Fog Lights Have to Be Amber (Yellow)?

This is a widespread misconception. While amber light does not cause the same level of glare as white light, both will fill the bill as SS fog lights. For decades cars in Europe could be purchased with amber headlights due to the amount of intense fog during the winter months, not to menion, the snow and rain. However, this concept never caught on here in the US.

The big difference in how well your fog lights perform lies in their design. While headlights and driving lights are designed to cast their light far down the road allowing you to see things in your path long before you might run into it, fog lights are not intended for this. Instead, they are made to cast their light down on the road right in front of you, which is perfect since during heavy fog rain, or snow you should be going very slow.

Why Are My Fog Lights So Close to the Ground?

Mounting the fog lights close to the ground is all part of keeping the area they illuminate to within less than 350 feet. When combined with housings that point the light down, they provide excellent lighting such as is needed when driving in inclement weather.

If your fog lights were mounted at or just below the headlights, they would be rendered ineffective. The level of white light put out by your headlights would wash out the lower-powered fog lights. It would also be very challenging to aim them downward without some of their light being obstructed by the front bumper on most trucks.

How Bright Should My Fog Lights Be?

As you shop for the best Chevy Silverado SS fog lights, you will find they range from 1000lm to 3000lm. The term “lm” is an abbreviation of the word “lumens,” which is a term used to describe the “amount” of light produced by light bulbs or anything else designed to produce light.

In most cases sticking to LEDs that are rated somewhere in the 1500 to 2000 range should be plenty. Keep in mind this is a per bulb rating, be sure the ones you are looking at don’t say a combined total of both bulbs. You may find that individual LEDs rated at 750 to 1000 won’t be bright enough to be of any value.

I Keep Hearing About Color Temperature; What Is It?

While brightness is how we describe the amount of light being produced, color temperate refers to the color or tint of the light. Color temperature is typically listed as something along the lines of “3000K” with the “K” being the abbreviation for Kelvin, a measurement of temperature used by scientists.

If you buy LEDs rated at around 3000K, they will produce an amber glow. Those rated at 6000K and above tend to cast a bluish light, one that is very popular. However, this type of blue light can be hard on your eyes during long drives. If you have problems with blue lights, you should stick to those that are amber.

One thing to consider is new bulbs are coming to the market called “switch” LEDs. These are designed to produce both white and amber light. When you first turn them on, they produce white light. Turn them off and back on, and they produce amber light, giving you the best of both worlds.

How Easy Are They to Install?

This is an important consideration. First, you need to be sure the LEDs are the correct part number for your Chevy. In this case, the part number is 5202.

You should look for plug and play; in most instances, you’ll find this to be the case with fog lights as opposed to headlights, which are designed to fit multiple vehicles and to allow you to reverse polarity if needed. Since these are plug and play, the connect is designed to match the OEM one. All you have to do is install them and plug them in.

Some LEDs feature larger heat sinks on the socket end with a built-in cooling fan. Your choice of fog lights must fit in the socket leaving enough room for the heat sink to fit without touching anything.

A Little (Fog) Light In Your Life

Hopefully this information will help you find the best Silverado SS fog lights for your truck and any other vehicle with built-in fog lights. As for whether you should choose amber or white light, that is all up to you.

Of course, you should also check with your state’s DMV to make sure amber lights are legal in your state. Some states don’t allow for them. You could, of course, solve the problem of choice by purchasing “switch” LEDs that have both colors. Good luck!