Photo by Specialized Performance / CC BY

headlights dim when your subwoofer kicks on? Are you having trouble keeping your battery charged no matter how long you run? What you need to do, especially if you have a kicking sound system, is find the best car audio battery around.

With such a bewildering amount of them on the market, however, it can be hard to pick out the right one. We’re here to help, and then we’ll show you some of the pitfalls that people make when they’re looking for the perfect audio power source. Below we’ve reviewed 4 great batteries. Check them out! 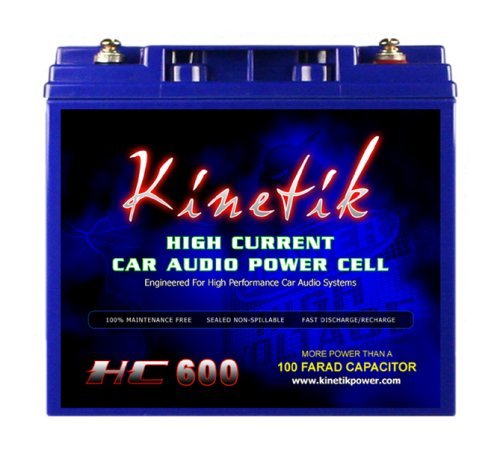 Kinetik produces secondary batteries which are designed to help you maintain the power you need for optimal audio without draining your battery. This one is designed for sound systems which run around 600W, so if you’re a big fan of the boom-boom, you’ll probably want something a little bit beefier. It’s powerful enough to replace your starter battery as well, but it’s definitely best to run two of them if you’re planning on doing that.

That said, if you just have a substantial upgrade to your audio that isn’t a windows shaking monstrosity, then you’ll probably find that it’s well suited to your needs. 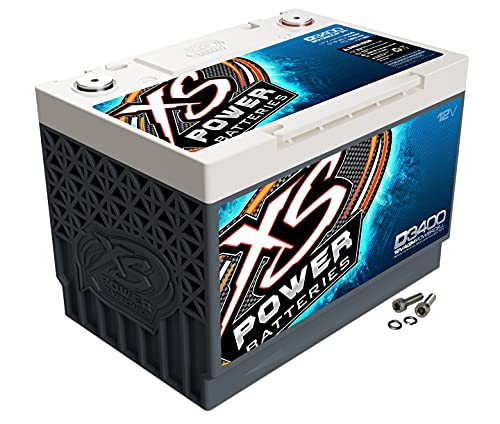 This battery is the standard 12 volt model that comes with a durable exterior. The casing of this battery is also sealed to prevent spills while resisting vibrations. A regulation valve also keeps the battery safe from possible outside dangers like poor weather or blunt force impact. Best of all, this battery comes with internal fiberglass suspension to help absorb impact in the event it’s dropped, bumped, or otherwise hit.

For convenience, this battery is also designed to be mounted in virtually any position you want. That allows you to place it in the best possible location in your vehicle without the threat of leaks, spills, or corrosion that could hurt your vehicle or passengers.

Altogether, this battery prioritizes safety over raw power. If you want a battery that’s usable in a variety of situations — or if you have very specific mounting requirements for your vehicle — then this may be the perfect opportunity for you to power your car’s audio system!

The only down side is the price. But for that kind of versatility and safety, you have to pay a little bit more. Hands down, it’s one of the best batteries for car audio around. 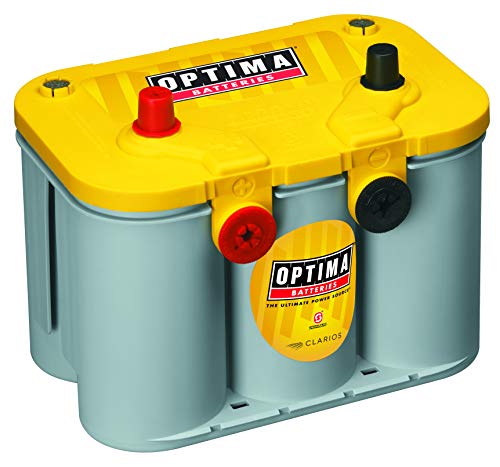 Optima simply makes some of the best car audio batteries on the market, and their YellowTop series is made specifically for running power-draining extra systems on vehicles. While they’re usually used for winches or other applications, they make a fantastic battery for anyone with a superb audio system they need to keep going. It’s also resistant to vibration, and we’re sure you can see how that can be a big help.

The best part about the Optima YellowTops is how long they last. They’re made to cycle frequently as well as hold a lot of power, and that makes them a great long term replacement battery for cars with powerful systems.

Kinetik once again makes the list. This time with a high current battery which can hold down the fort while you’re running audio. This is the kind of battery (see full specs) you can run as a secondary for competitions—a high-quality piece of work that was developed specifically for audio systems.

If you want the best audio battery around, without any hassle, then this is what you’re looking for. You can expect to pay a serious premium, however, so keep that in mind. But if you’ve got the dough, this is likely the best car audio battery on the market.

Why a Car Audio Battery?

Sound systems take a lot of electricity to run, especially when you start getting into the higher end of things. Due to this, your car’s battery and alternator often won’t be able to keep up and you can end up with a host of issues developing in your electrical system.

By making sure you have enough power for your car’s audio system you can ensure that you’ll be able to avoid these issues and provide clean sound at whatever volume you want.

Frankly, if you’re running over 1000W in your amp and you don’t have at least an upgraded starter battery then you’re going to be in for disappointment rather quickly. A secondary battery dedicated to just the audio system is a good consideration as well or you can upgrade both in order to make double-sure that there won’t be any issues cropping up.

When you’re picking out the battery you want, this is the first question you need to ask yourself. Of the above, the Optima YellowTop (see full specs) is great for both a starting battery and an audio battery if we’re talking systems in excess of 1000W.

Your best bet is pretty much always going to be to run a dedicated audio battery if you’re serious about your system. Most people will start to notice their lights dimming around the time they get their first 1000W amp or so, and that’s for good reason. All that loud music requires a lot of power.

Subwoofers simply add to the power draw, remember that the purpose of a speaker is to convert electrical current into audio energy. The louder and more powerful things get, the more energy it’s going to take from your battery.

If you’ve already got lights flickering or are having trouble starting, then it’s time to invest in a dedicated battery. If you have only the occasional flicker, however, you may be alright to start with just upgrading the starter battery.

The other thing you need to keep in mind is how many cycles a battery can take. Since so much power is being dumped into the speakers, it’s imperative that you find something which can be recharged a whole lot of times without failing. This is why it’s important to get a battery designed around your audio system even if it’s not super powerful.

A dedicated battery is always the best solution, but upgrading your starter can make a world of difference if you’re suffering from minor performance deficits.

Picking the best car audio battery out can be a bit confusing, but all you really need to do is match up the watts with the system you’re using. As long as you have the best one available you can avoid most of the issues that will crop up in your car’s electrical systems if you’re not careful.

Whether you want to replace your starter battery or delve into making a dedicated power system for your audio, there’s no time like the present. Buy what you need now, and get started.