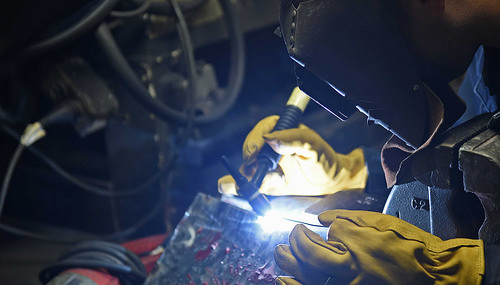 just getting into welding, picking out the right torch for TIG applications can be quite a chore due to the sheer number of options available on the market. Even experienced welders might sometimes find themselves at a loss.

Like any tool, however, there’s a lot to take into consideration when you’re looking to replace an old torch. Rather than get into that now, let’s take a look at some of the best TIG torches around and then we’ll help you figure out which one is best suited for your needs afterwards. 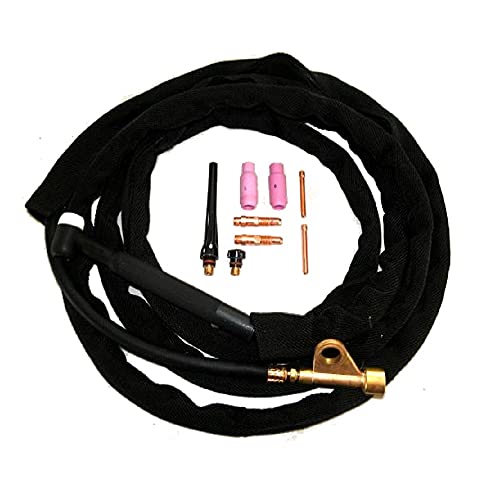 This torch from Welding City makes for a great addition to nearly any garage, provided that you only need the 150A rating. The flex-head will allow you to get into and out of nearly any area you might be considering, and the on/off gas valve that comes with it is simple to use even for a novice. The only thing to be aware of is that it will get hot quite quickly, but if you need a field-expedient torch to get you started, you can’t go wrong with this one. 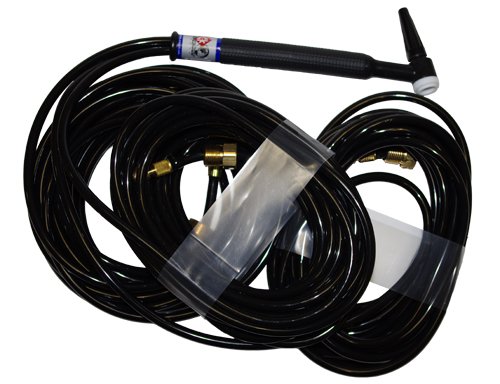 While not as popular for working outdoors, water-cooled torches make a great piece to keep inside and will allow you to work longer without having to stop and let your torch cool down. The advanced cooling system will also help you to make sure that the torch itself lasts longer.

This one (see full specs) from CK Worldwide has a small, easily maneuvered head and will fit in your hand great for those longer projects you might care to undertake. If you don’t need to remain mobile while welding in your shop or garage, then take a look and you’ll be in for a pleasant surprise. 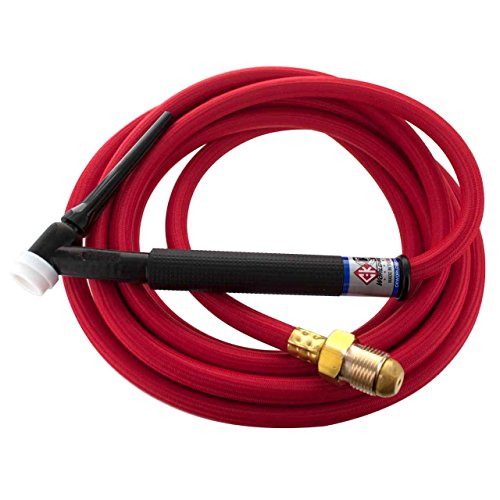 Quality sometimes comes with a step up in price, but don’t let that turn you off of this fantastic TIG torch. It’s air cooled, but you’ll find that it stays fairly cool even during longer jobs, and it’s pretty rare that you’ll need to run it so high you’ll let it cool down. Keep in mind that this is just the torch, however, and you’ll need to select your own gas valve.

This high-quality torch (see full specs) is one of the best for pretty much any outdoor application however, and if you can afford the extra money you won’t be let down. Hands down, it’s one of the best TIG torches on the market. 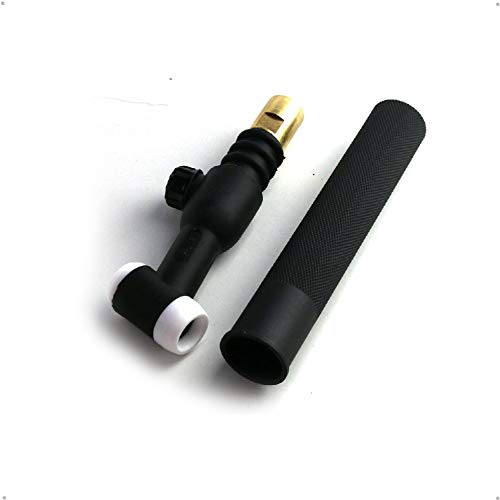 If you’re already welding and you have most of the equipment in place, then you won’t need a tube or a funnel. What Welding City leaves you with here is a high-quality head, but it’s not ready to go right out of the box. It’s not a good option for a beginning welder, but if you’re just looking to add TIG capabilities to your toolbox then this torch will put you on the right track.

Which Torch Is Best?

There’s a few key factors that you’ll need to look into before you decide on which of the best TIG torches you want.

The power of the torch is an essential element. While most at-home applications won’t require you to go over 200A, it’s always good to have the option in case you decide to go all out on a new project. You’re not in danger of a lower rating torch not being able to run, so the primary determining factor here is the price point.

If you’re planning on running your torch in a garage, then consider purchasing something with a 250A or higher rating in order to ensure that you’re able to do whatever needs to be done.

In general, when you’re working with a TIG torch, you’ll need to choose between a water or air cooled torch.

Water cooled torches are a bit more complicated to run, but they’ll also last longer and maintain lower heat during prolonged usage. In addition, you’ll find that they last much longer and the consumable parts you use along with them will tend to last longer as well.

Somewhat counter-intuitively, water cooled torches will also be more maneuverable for the most part, since the quick cooling allows them to use smaller gauge wire to get the job done.

Air cooled torches are pretty much the standard, however, and you’ll find that they easily allow you to take care of things while you’re in the field without having to stop to find a water outlet. Depending on the kind of work you do this can range from convenient to an absolute necessity.

Lighter gauge wires will be more maneuverable in every case, but this comes with something of a trade-off. Thinner wires will also get hot more quickly, and consume pieces of the torch at a higher rate due to the increased heat.

If you’re welding pieces of thick fencing, for instance, you may want to go with something a bit bigger just to make sure that nothing overheats while you’re working on your project. For finer work, the thinner the better, especially since thinner metal will generally take less time of you applying the torch to them.

A built-in gas valve can come in handy for some people, but many prefer to purchase it separately in order to ensure that they can place it where they like in their system. Some torches have a simple on/off valve so you’ll have to control the gas required for TIG welding at the source rather than it being convenient to change and right at hand.

This is largely a matter of personal preference, and for beginners it may be best to simply get one with a two setting valve and upgrade later when you really know how you prefer to do things.

If you keep all of the above in mind when you’re figuring out which product will make the best TIG torch to your home or shop, then you’ll be able to make an informed purchase which is sure to be a favored tool for years to come. Good luck!